Today in History: May 16 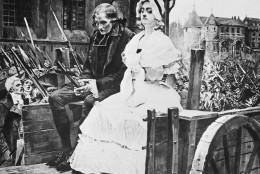 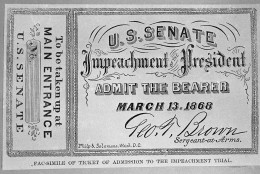 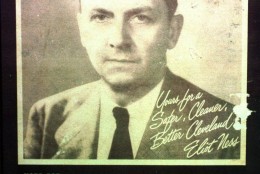 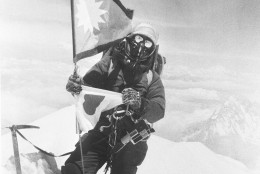 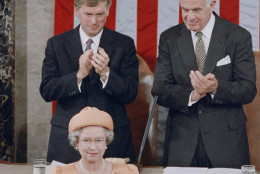 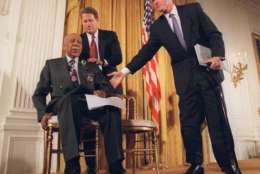 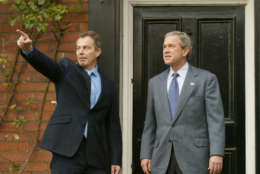 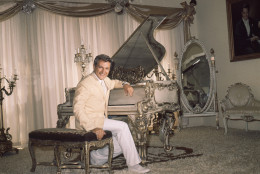 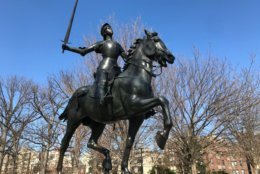 On May 16, 1966, China launched the Cultural Revolution, a radical as well as deadly reform movement aimed at purging the country of “counter-revolutionaries.”

In 1868, at the U.S. Senate impeachment trial of President Andrew Johnson, 35 out of 54 senators voted to find Johnson guilty of “high crimes and misdemeanors” over his attempted dismissal of Secretary of War Edwin M. Stanton, falling one vote short of the two-thirds majority needed to convict; the trial ended 10 days later after two other articles of impeachment went down to defeat as well.

In 1919, pianist Liberace was born in West Allis, Wisconsin.

In 1920, Joan of Arc was canonized by Pope Benedict XV.

In 1943, the nearly month-long Warsaw Ghetto Uprising came to an end as German forces crushed the Jewish resistance and blew up the Great Synagogue.

In 1953, Associated Press correspondent William N. Oatis was released by Communist authorities in Czechoslovakia, where he had been imprisoned for two years after being forced to confess to espionage while working as the AP’s Prague bureau chief.

In 1975, Japanese climber Junko Tabei became the first woman to reach the summit of Mount Everest.

In 1988, the U.S. Supreme Court, in California v. Greenwood, ruled that police could search discarded garbage without a search warrant. Surgeon General C. Everett Koop released a report declaring nicotine was addictive in ways similar to heroin and cocaine.

In 1991, Queen Elizabeth II became the first British monarch to address the United States Congress as she lauded U.S.-British cooperation in the Persian Gulf War.

In 1997, President Bill Clinton publicly apologized for the notorious Tuskegee experiment, in which government scientists deliberately allowed black men to weaken and die of treatable syphilis.

In 2007, anti-war Democrats in the Senate failed in an attempt to cut off funds for the Iraq war.

Ten years ago: The ruling Congress party swept to a resounding victory in India’s mammoth national elections. Rachel Alexandra became the first filly to win the Preakness Stakes since 1924, holding off a late charge by Kentucky Derby winner Mine That Bird to capture the middle jewel of the Triple Crown by a length.

Five years ago: Federal safety regulators slapped General Motors with a record $35 million fine for taking more than a decade to disclose an ignition-switch defect in millions of cars linked at that point to at least 13 deaths (the figure later rose to 90). U.S. Defense Secretary Chuck Hagel pledged to Israeli leaders that the U.S. would “do what we must” to prevent the Jewish state’s greatest fear of a nuclear-armed Iran from being realized.

One year ago: Officials at Michigan State University said they had agreed to pay $500 million to settle claims from more than 300 women and girls who said they were assaulted by sports doctor Larry Nassar.