RUTH BADER GINSBURG, 1933-2020: Trump pledges woman for court, pushes Senate to move on pick | How Ginsburg's death could reshape the election | How to honor RBG by supporting her favorite causes
Home » Photo Galleries » Today in History: May 23

Today in History: May 23 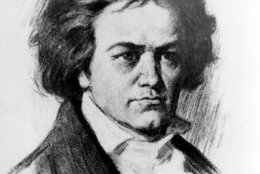 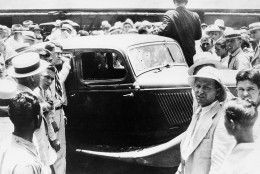 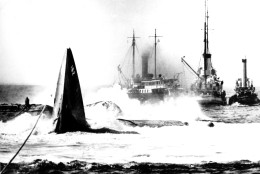 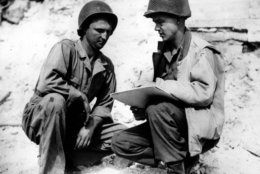 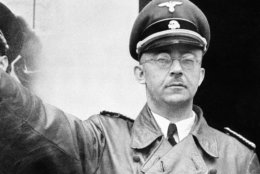 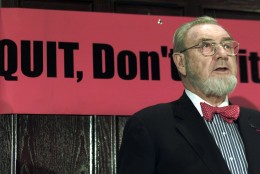 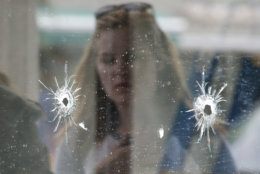 On May 23, 1934, bank robbers Clyde Barrow and Bonnie Parker were shot to death in a police ambush in Bienville Parish, Louisiana.

In 1788, South Carolina became the eighth state to ratify the United States Constitution.

In 1814, a third version of Beethoven’s only opera, “Fidelio,” had its world premiere in Vienna.

In 1915, Italy declared war on Austria-Hungary during World War I.

In 1939, the Navy submarine USS Squalus sank during a test dive off the New England coast. Thirty-two crew members and one civilian were rescued, but 26 others died; the sub was salvaged and re-commissioned the USS Sailfish.

In 1944, during World War II, Allied forces bogged down in Anzio began a major breakout offensive.

In 1945, Nazi official Heinrich Himmler committed suicide by biting into a cyanide capsule while in British custody in Luneburg, Germany.

In 1967, Egypt closed the Straits of Tiran to Israeli shipping, an action which helped precipitate war between Israel and its Arab neighbors the following month.

In 1977, Moluccan extremists seized a train and a primary school in the Netherlands; the hostage drama ended June 11 as Dutch marines stormed the train, resulting in the deaths of six out of nine hijackers and two hostages, while the school siege ended peacefully.

In 1993, a jury in Baton Rouge, Louisiana, acquitted Rodney Peairs of manslaughter in the shooting death of Yoshi Hattori, a Japanese exchange student he’d mistaken for an intruder. (Peairs was later found liable in a civil suit brought by Hattori’s parents.)

Ten years ago: Former South Korean President Roh Moo-hyun, 62, leapt to his death amid a widening corruption scandal. Charles Donald Albury, co-pilot of the plane that dropped the atomic bomb on Nagasaki, Japan, died in Orlando, Florida, at 88.

Five years ago: A 22-year-old armed with knives and a gun went on a rampage near the University of California, Santa Barbara; Elliot Rodger killed six students and wounded 13 other people before taking his own life. In a report potentially exposing the Catholic Church to new legal arguments by clerical sex abuse victims, a U.N. committee found that the Vatican did exercise worldwide control over its bishops and priests, and had to comply with the U.N.’s anti-torture treaty.

One year ago: NFL owners approved a new policy allowing players to protest during the national anthem by staying in the locker room, but forbidding players from sitting or taking a knee if they’re on the field. A federal judge ruled that President Donald Trump violates the First Amendment when he blocks critics on Twitter because of their political views. For the first time in the 36 seasons of TV’s “Survivor,” the season finale ended in a deadlock, and a tiebreaker was needed to crown Wendell Holland as the champ.