Today in History: May 22 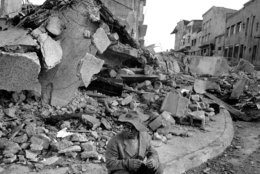 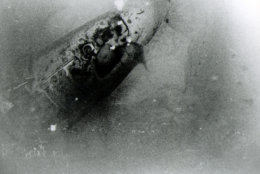 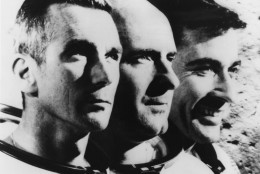 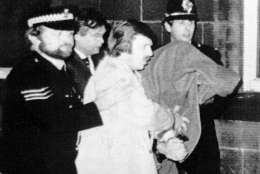 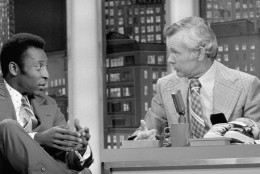 In 1868, a major train robbery took place near Marshfield, Indiana, as members of the Reno gang made off with $96,000 in loot.

In 1939, the foreign ministers of Germany and Italy, Joachim von Ribbentrop and Galeazzo Ciano, signed a “Pact of Steel” committing the two countries to a military alliance.

In 1960, an earthquake of magnitude 9.5, the strongest ever measured, struck southern Chile, claiming some 1,655 lives.

In 1962, Continental Airlines Flight 11, en route from Chicago to Kansas City, Missouri, crashed after a bomb apparently brought on board by a passenger exploded, killing all 45 occupants of the Boeing 707.

In 1964, President Lyndon B. Johnson, speaking at the University of Michigan, outlined the goals of his “Great Society,” saying that it “rests on abundance and liberty for all” and “demands an end to poverty and racial injustice.”

In 1968, the nuclear-powered submarine USS Scorpion, with 99 men aboard, sank in the Atlantic Ocean. (The remains of the sub were later found on the ocean floor 400 miles southwest of the Azores.)

In 1969, the lunar module of Apollo 10, with Thomas P. Stafford and Eugene Cernan aboard, flew to within nine miles of the moon’s surface in a dress rehearsal for the first lunar landing.

In 1981 “Yorkshire Ripper” Peter Sutcliffe was convicted in London of murdering 13 women and was sentenced to life in prison.

In 1998, a federal judge ruled that Secret Service agents could be compelled to testify before the grand jury in the Monica Lewinsky investigation. Voters in Northern Ireland and the Republic of Ireland turned out to cast ballots giving resounding approval to a Northern Ireland peace accord.

In 2001, Ford Motor Co. said it planned to spend more than $2 billion to replace up to 13 million Firestone tires on its vehicles because of safety concerns.

In 2011, a tornado devastated Joplin, Missouri, with winds up to 250 mph, claiming at least 159 lives and destroying about 8,000 homes and businesses.

In 2017, a suicide bomber set off an improvised explosive device that killed 22 people at the end of an Ariana Grande concert in Manchester, England.

Ten years ago: President Barack Obama promised graduating midshipmen at the U.S. Naval Academy that, as their commander in chief, he would only send them “into harm’s way when it is absolutely necessary.” Vice President Joe Biden arrived in Lebanon to reinforce U.S. support for the government ahead of key parliamentary elections.

Five years ago: The U.S. House of Representatives passed legislation to end the National Security Agency’s bulk collection of American phone records (however, the USA Freedom Act was later blocked in the Senate.) Thailand’s military seized power in a bloodless coup.

One year ago: Stacey Abrams won Georgia’s Democratic gubernatorial primary, making her the first woman nominee for Georgia governor from either major party. (Abrams, seeking to become the nation’s first black female governor, was defeated in November by Republican Brian Kemp.) Novelist Philip Roth, whose books included “Portnoy’s Complaint” and the Pulitzer Prize-winning “American Pastoral,” died in New York at the age of 85. A judge in upstate New York ordered a 30-year-old man to move out of his parents’ house after they went to court to have him ejected.