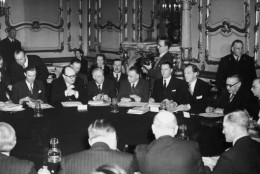 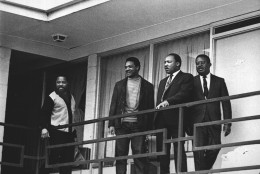 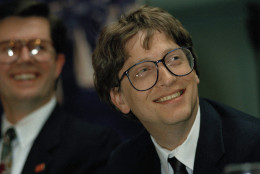 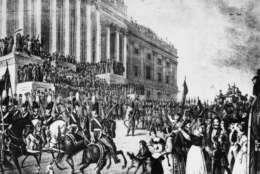 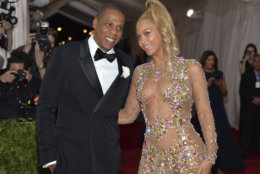 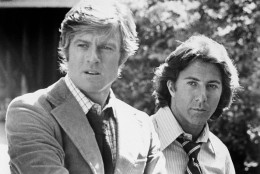 On April 4, 1968, civil rights leader Martin Luther King Jr., 39, was shot and killed while standing on a balcony of the Lorraine Motel in Memphis, Tennessee; his slaying was followed by a wave of rioting (Washington, D.C., Baltimore and Chicago were among cities particularly hard hit.) Suspected gunman James Earl Ray later pleaded guilty to assassinating King, then spent the rest of his life claiming he’d been the victim of a setup.

In 1841, President William Henry Harrison succumbed to pneumonia one month after his inaugural, becoming the first U.S. chief executive to die in office.

In 1850, the city of Los Angeles was incorporated.

In 1933, the Navy airship USS Akron crashed in severe weather off the New Jersey coast with the loss of 73 lives.

In 1949, 12 nations, including the United States, signed the North Atlantic Treaty in Washington, D.C.

In 1975, more than 130 people, most of them children, were killed when a U.S. Air Force transport plane evacuating Vietnamese orphans crash-landed shortly after takeoff from Saigon. Microsoft was founded by Bill Gates and Paul Allen in Albuquerque, New Mexico.

In 1976, the film “All the President’s Men,” starring Robert Redford and Dustin Hoffman as Washington Post reporters Bob Woodward and Carl Bernstein, had its world premiere in Washington, D.C.

In 1983, the space shuttle Challenger roared into orbit on its maiden voyage. (It was destroyed in the disaster of January 1986.)

In 1988, the Arizona Senate convicted Gov. Evan Mecham (MEE’-kuhm) of two charges of official misconduct, and removed him from office; Mecham was the first U.S. governor to be impeached and removed from office in nearly six decades.

In 1991, Sen. John Heinz, R-Pa., and six other people, including two children, were killed when a helicopter collided with Heinz’s plane over a schoolyard in Merion, Pennsylvania.

In 2008, Beyonce and Jay-Z were married during a private ceremony in New York.

One year ago: Saying the situation had reached “a point of crisis,” President Donald Trump signed a proclamation directing the deployment of the National Guard to the U.S.-Mexico border to fight illegal immigration. Facebook revealed that tens of millions more people might have been exposed in a privacy scandal involving Cambridge Analytica, a Trump-affiliated data mining firm. After the United States said it would impose 25 percent duties on $50 billion of imports from China, Beijing quickly retaliated by listing $50 billion of products it could hit with its own 25 percent tariffs.