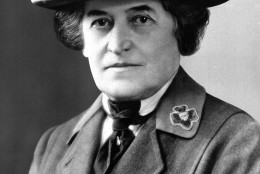 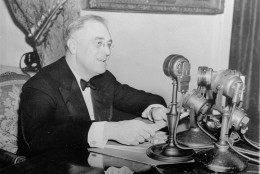 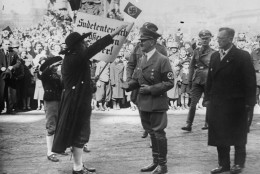 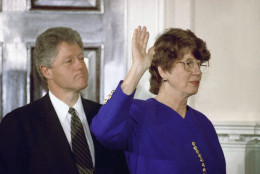 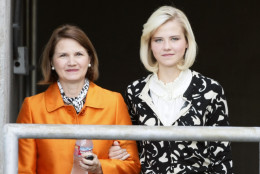 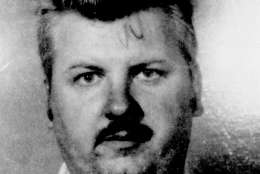 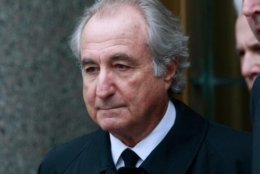 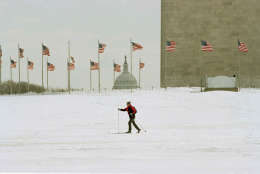 On March 12, 1864, Lt. Gen. Ulysses S. Grant assumed command as General-in-Chief of the Union armies in the Civil War.

In 1912, the Girl Scouts of the USA had its beginnings as Juliette Gordon Low of Savannah, Georgia, founded the first American troop of the Girl Guides.

In 1933, President Franklin D. Roosevelt delivered the first of his 30 radio addresses that came to be known as “fireside chats,” telling Americans what was being done to deal with the nation’s economic crisis.

In 1938, the Anschluss merging Austria with Nazi Germany took place as German forces crossed the border between the two countries.

In 1947, President Harry S. Truman announced what became known as the “Truman Doctrine” to help Greece and Turkey resist Communism.

In 1971, Hafez Assad was confirmed as president of Syria in a referendum.

In 1993, Janet Reno was sworn in as the first female U.S. attorney general. A three-day blizzard that came to be known as “The Storm of the Century” began inundating the eastern third of the U.S. A series of bombings in Mumbai, India, killed 257 people (the explosions were allegedly masterminded by India’s most wanted man, Dawood Ibrahim).

In 2003, Elizabeth Smart, the 15-year-old girl who vanished from her bedroom nine months earlier, was found alive in a Salt Lake City suburb with two drifters, Brian David Mitchell and Wanda Barzee. (Mitchell is serving a life sentence; Barzee was released from prison in September 2018.)

One year ago: Republicans on the House Intelligence Committee said they’d completed a draft report concluding that there was no collusion or coordination between Donald Trump’s presidential campaign and Russia. British Prime Minister Theresa May said Russia was “highly likely” to blame for poisoning a former spy and his daughter in an English city with a military-grade nerve agent. Two package bomb blasts a few miles apart killed a teenager and wounded two women in Austin less than two weeks after a similar attack left a man dead in another part of the Texas capital. (The attacks were part of a series of bombings that killed two people and wounded four others; the suspect, Mark Conditt, died after detonating a bomb in his SUV as officers moved in.) After a 46-year career at the Metropolitan Opera in New York, conductor James Levine was fired; an investigation had found evidence of sexual abuse and harassment. A dog died on a United Airlines plane after a flight attendant told the dog’s owner to put the pet carrier in the overhead bin.