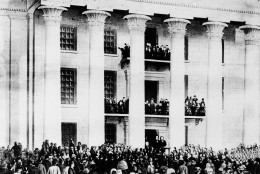 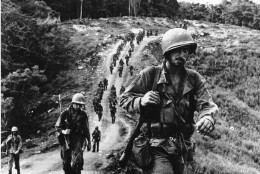 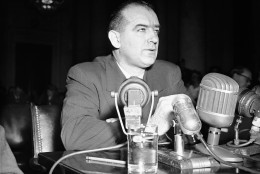 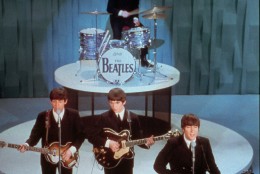 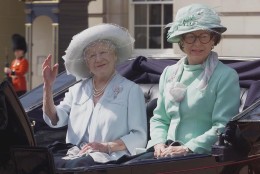 On Feb. 9, 1964, The Beatles made their first live American television appearance on “The Ed Sullivan Show,” broadcast from New York on CBS.

In 1825, the House of Representatives elected John Quincy Adams president after no candidate received a majority of electoral votes.

In 1861, Jefferson Davis was elected provisional president of the Confederate States of America at a congress held in Montgomery, Alabama.

In 1942, the U.S. Joint Chiefs of Staff held its first formal meeting to coordinate military strategy during World War II. Daylight-saving “War Time” went into effect in the United States, with clocks moved one hour forward. The SS Normandie, a former French liner being refitted for the U.S. Navy at a New York pier, caught fire (it capsized early the next morning).

In 1943, the World War II battle of Guadalcanal in the southwest Pacific ended with an Allied victory over Japanese forces.

In 1950, in a speech in Wheeling, West Virginia, Sen. Joseph McCarthy, R-Wis., charged that the State Department was riddled with Communists.

In 1960, Adolph Coors Co. chairman Adolph Coors III, 44, was shot to death in suburban Denver during a botched kidnapping attempt. (The man who killed him, Joseph Corbett Jr., served 19 years in prison.)

In 1964, the G.I. Joe action figure was introduced at the American International Toy Fair in New York.

In 1971, a magnitude 6.6 earthquake in California’s San Fernando Valley claimed 65 lives. The crew of Apollo 14 returned to Earth after man’s third landing on the moon.

In 1984, Soviet leader Yuri V. Andropov, 69, died 15 months after succeeding Leonid Brezhnev; he was followed by Konstantin U. Chernenko (chehr-NYEN’-koh).

In 2005, Hewlett-Packard Co. chief executive Carly Fiorina was forced out by board members, ending her nearly six-year reign.

In 2017, a federal appeals court refused to reinstate President Donald Trump’s ban on travelers from seven predominantly Muslim nations, unanimously rejecting the administration’s claim of presidential authority, questioning its motives and concluding that the order was unlikely to survive legal challenges.

One year ago: President Donald Trump signed a $400 billion budget deal that sharply boosted spending, swelling the federal deficit; the measure ended a brief overnight federal government shutdown. At the opening ceremony of the Winter Olympics in South Korea, North and South Korean athletes entered Olympic Stadium together, waving flags showing a unified Korea; it was their first joint Olympic march in more than a decade.