Here's a look at things that have happened on this date in history.
(1/8) 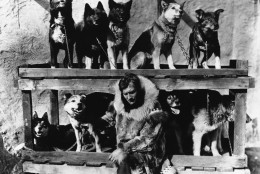 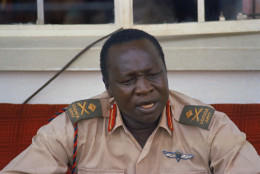 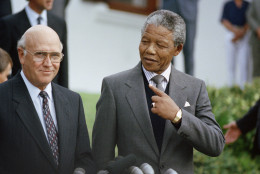 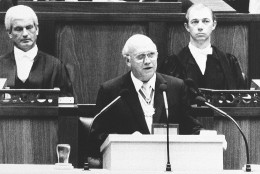 On Feb. 2, 1990, in a dramatic concession to South Africa’s black majority, President F.W. de Klerk lifted a ban on the African National Congress and promised to free Nelson Mandela.

In 1914, Charles Chaplin made his movie debut as the comedy short “Making a Living” was released by Keystone Film Co. The musical “Shameen Dhu,” featuring the song “Too Ra Loo Ra Loo Ral,” opened on Broadway.

In 1925, the legendary Alaska Serum Run ended as the last of a series of dog mushers brought a life-saving treatment to Nome, the scene of a diphtheria epidemic, six days after the drug left Nenana.

In 1932, Duke Ellington and His Orchestra recorded “It Don’t Mean a Thing (If It Ain’t Got That Swing)” for Brunswick Records.

In 1943, the remainder of Nazi forces from the Battle of Stalingrad surrendered in a major victory for the Soviets in World War II.

In 1948, President Harry S. Truman sent a 10-point civil rights program to Congress, where the proposals ran into fierce opposition from southern lawmakers.

In 1964, Ranger 6, a lunar probe launched by NASA, crashed onto the surface of the moon as planned, but failed to send back any TV images.

In 1971, Idi Amin, having seized power in Uganda, proclaimed himself president.

In 1988, President Ronald Reagan pressed his case for additional aid to the Nicaraguan Contras a day ahead of a vote by the U.S. House of Representatives. (The three major broadcast TV networks declined to carry the speech, which was covered by CNN; a divided House voted to reject Reagan’s request for $36.2 million in new aid.)

In 2002, inside the World Economic Forum in New York, foreign economic leaders criticized the United States for protectionist policies while outside, thousands of protesters demonstrated against global capitalism.

Five years ago: Academy Award-winning actor Philip Seymour Hoffman, 46, was found dead in his New York apartment from a combination of heroin, cocaine and other drugs. The Seattle Seahawks won their first Super Bowl title, crushing the favored Denver Broncos 43-8.

One year ago: At the sentencing hearing in Michigan for former sports doctor Larry Nassar, a distraught father of three girls who’d been sexually abused tried to attack Nassar before being tackled by sheriff’s deputies and hauled out of court. (Randall Margraves later apologized; the judge said there was “no way” she would fine him or send him to jail for trying to attack Nassar.) The Dow industrials fell more than 650 points as the stock market completed its worst week in two years amid fears of inflation and disappointing quarterly results from technology and energy giants.