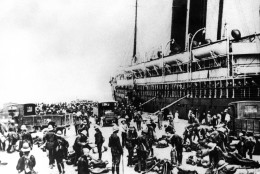 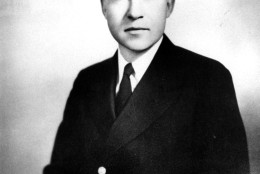 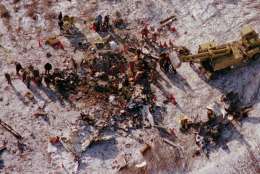 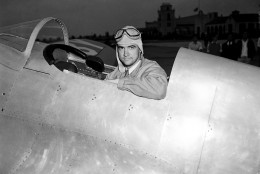 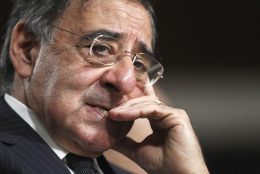 On Jan. 9, 1861, Mississippi became the second state to secede from the Union, the same day the Star of the West, a merchant vessel bringing reinforcements and supplies to Federal troops at Fort Sumter, South Carolina, retreated because of artillery fire.

In 1788, Connecticut became the fifth state to ratify the U.S. Constitution.

In 1908, French philosopher and feminist Simone de Beauvoir was born in Paris.

In 1913, Richard Milhous Nixon, the 37th president of the United States, was born in Yorba Linda, California.

In 1914, the County of Los Angeles opened the country’s first public defender’s office.

In 1916, the World War I Battle of Gallipoli ended after eight months with an Ottoman Empire victory as Allied forces withdrew.

In 1931, Bobbi Trout and Edna May Cooper broke an endurance record for female aviators as they returned to Mines Field in Los Angeles after flying a Curtiss Robin monoplane continuously for 122 hours and 50 minutes.

In 1945, during World War II, American forces began landing on the shores of Lingayen Gulf in the Philippines as the Battle of Luzon got underway, resulting in an Allied victory over Imperial Japanese forces.

In 1958, President Dwight D. Eisenhower, in his State of the Union address to Congress, warned of the threat of Communist imperialism.

In 1972, reclusive billionaire Howard Hughes, speaking by telephone from the Bahamas to reporters in Hollywood, said a purported autobiography of him by Clifford Irving was a fake.

In 1987, the White House released a January 1986 memorandum prepared for President Ronald Reagan by Lt. Col. Oliver L. North showing a link between U.S. arms sales to Iran and the release of American hostages in Lebanon.

In 1997, a Comair commuter plane crashed 18 miles short of the Detroit Metropolitan Airport, killing all 29 people on board.

In 2001, Linda Chavez withdrew her bid to be President-elect George W. Bush’s Secretary of Labor because of controversy over an immigrant in the U.S. illegally who’d once lived with her.

Ten years ago: The Illinois House voted 114-1 to impeach Gov. Rod Blagojevich (blah-GOY’-uh-vich), who defiantly insisted again that he had committed no crime. (The Illinois Senate unanimously voted to remove Blagojevich from office 20 days later.) President-elect Barack Obama announced he had picked retired Adm. Dennis Blair to be the national intelligence director and Leon Panetta to head the CIA. A Saudi supertanker, the Sirius Star, and its crew of 25 were released at the end of a two-month standoff in the Gulf of Aden after pirates were reportedly paid $3 million in ransom. (Five pirates were said to have drowned with their share of the money when their boat overturned.)

Five years ago: New Jersey Gov. Chris Christie fired one of his top aides, Deputy Chief of Staff Bridget Anne Kelly, and apologized repeatedly for his staff’s “stupid” behavior, insisting during a news conference that he had no idea anyone around him had engineered traffic jams as part of a political vendetta against a Democratic mayor. A chemical plant spill into West Virginia’s Elk River contaminated the water supply for Charleston, forcing more than 300,000 water customers in nine counties to stop using tap water. Activist poet-playwright Amiri Baraka, 79, died at a hospital in Newark, New Jersey.

One year ago: Downpours sent mud and boulders roaring down Southern California hillsides that had been stripped of vegetation by a gigantic wildfire; more than 20 people died and hundreds of homes were damaged or destroyed. Breitbart News Network announced that Steve Bannon was stepping down as chairman after his public break with President Donald Trump. Former Arizona sheriff Joe Arpaio (ahr-PY’-oh) announced that he would run for the Senate seat being vacated by fellow Republican Jeff Flake; Arpaio had been spared a possible jail sentence when Trump pardoned him for disobeying a judge. (Arpaio finished third in an August primary won by Rep. Martha McSally.)