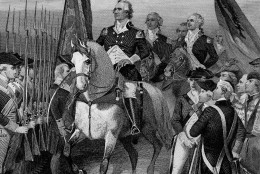 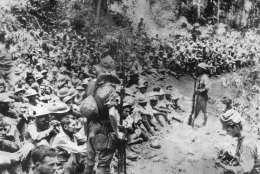 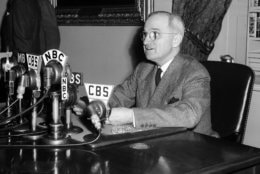 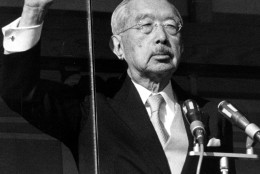 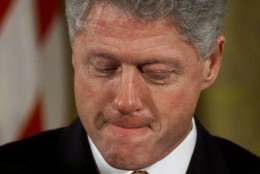 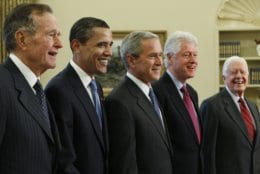 On Jan. 7, 1999, for the second time in history, an impeached American president went on trial before the Senate. President Bill Clinton faced charges of perjury and obstruction of justice; he was acquitted.

In 1789, America held its first presidential election as voters chose electors who, a month later, selected George Washington to be the nation’s first chief executive.

In 1904, the Marconi International Marine Communication Company of London announced that the telegraphed letters “CQD” would serve as a maritime distress call (it was later replaced with “SOS”).

In 1927, commercial transatlantic telephone service was inaugurated between New York and London.

In 1942, Japanese forces began besieging American and Filipino troops in Bataan during World War II. (The fall of Bataan three months later was followed by the notorious Death March.)

In 1953, President Truman announced in his State of the Union message to Congress that the United States had developed a hydrogen bomb.

In 1959, the United States recognized the new government of Cuba, six days after Fidel Castro led the overthrow of Fulgencio Batista.

In 1989, Emperor Hirohito of Japan died in Tokyo at age 87; he was succeeded by his son, Crown Prince Akihito.

In 2004, President George W. Bush proposed legal status, at least temporarily, for millions of immigrants improperly working in the U.S.

In 2014: Brutal polar air that made the Midwest shiver over the past few days spread to the East and the Deep South, shattering records that in some cases had stood for more than a century. A U.S. Air Force Pave Hawk helicopter crashed in a coastal area of eastern England during a training mission, killing all four crew members aboard.

In 2018: “Three Billboards Outside Ebbing, Missouri” was the top film at the Golden Globe Awards, winning as best drama and taking home awards for stars Frances McDormand and Sam Rockwell and for writer-director Martin McDonagh. The Golden Globes ceremony became an expression of female empowerment in the post-Harvey Weinstein era, capped by a speech in which Cecil B. DeMille Award winner Oprah Winfrey said of men who use their power to abuse women, “Their time is up!” The arctic air that engulfed parts of the East Coast broke cold temperature records from Maine to West Virginia.

Thought for Today: “Nothing in science has any value to society if it is not communicated, and scientists are beginning to learn their social obligations.” — Anne Roe Simpson, American psychologist (1904-1991).