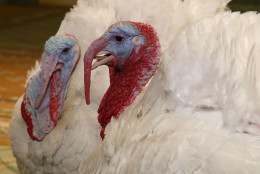 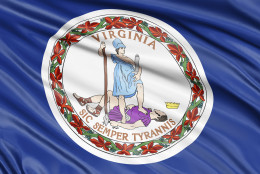 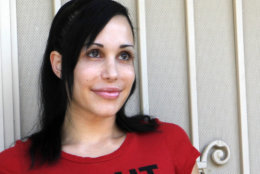 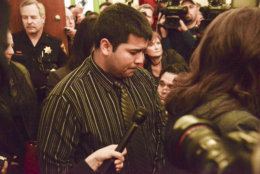 On Jan. 26, 1998, President Bill Clinton forcefully denied having an affair with a former White House intern, telling reporters, “I did not have sexual relations with that woman, Miss Lewinsky.”

In 1784, in a letter to his daughter Sarah, Benjamin Franklin expressed unhappiness over the choice of the bald eagle as the symbol of America, and stated his own preference: the turkey.

In 1788, the first European settlers in Australia, led by Capt. Arthur Phillip, landed in present-day Sydney.

In 1870, Virginia rejoined the Union.

In 1939, principal photography began for David O. Selznick’s movie version of “Gone with the Wind.”

In 1942, the first American Expeditionary Force to head to Europe during World War II arrived in Belfast, Northern Ireland.

In 1962, the United States launched Ranger 3 to land scientific instruments on the moon _ but the probe ended up missing its target by more than 22,000 miles.

In 1988, Australians celebrated the 200th anniversary of their country as a grand parade of tall ships re-enacted the voyage of the first European settlers. The Andrew Lloyd Webber musical “Phantom of the Opera” opened at Broadway’s Majestic Theater.

In 1992, Democratic presidential candidate Bill Clinton, appearing with his wife, Hillary, on CBS’ “60 Minutes,” acknowledged “causing pain in my marriage,” but said past problems were not relevant to the campaign.

In 2005, A U.S. Marine helicopter crashed in western Iraq, killing 30 Marines and a Navy medic aboard. A man parked his SUV on railroad tracks in Glendale, California, setting off a crash of two commuter trains that killed 11 people. (The SUV’s driver, Juan Alvarez, was convicted of murder and sentenced to 11 consecutive life terms.)

Ten years ago: Timothy Geithner (GYT’-nur) was sworn in as the nation’s 75th treasury secretary, less than an hour after winning Senate confirmation. The impeachment trial of Illinois Gov. Rod Blagojevich (blah-GOY’-uh-vich) opened in Springfield, with Blagojevich refusing to take part, saying the rules were biased against him. Nadya Suleman gave birth at Kaiser Permanente Bellflower Medical Center in California to six boys and two girls, the world’s longest-surviving set of octuplets.

Five years ago: A brain-dead, pregnant Texas woman’s body was removed from life support as the hospital keeping Marlise Munoz on machines against her family’s wishes acceded to a judge’s ruling that it was misapplying state law. Stan Wawrinka held off an injured Rafael Nadal to win his first Grand Slam title with a 6-3, 6-2, 3-6, 6-3 victory in the Australian Open final. At the Grammy Awards, Daft Punk won album of the year for “Random Access Memories,” while record of the year went to Daft Punk with Pharrell Williams and Nile Rodgers for “Get Lucky.”

One year ago: President Donald Trump told an annual gathering of political and business elites in Switzerland that economic growth in the U.S. under his “America first” agenda could benefit the globe. A jury in suburban New Orleans found Ronald Gasser guilty of manslaughter in the shooting death of NFL running back Joe McKnight in a December 2016 road-rage confrontation. (Gasser, 56, was later sentenced to 30 years in prison.) Michigan State University Athletic Director Mark Hollis retired, two days after the university’s president resigned over the school’s handling of sexual abuse allegations against disgraced former sports doctor Larry Nassar. A fire raced through a small South Korean hospital with no sprinkler system, killing 37 people.