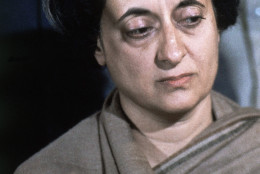 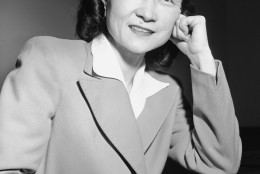 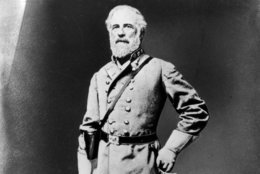 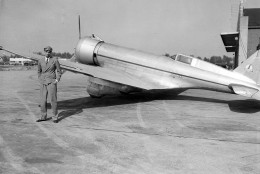 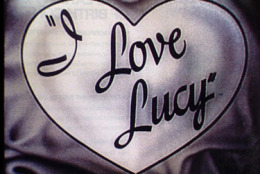 On Jan. 19, 1955, a presidential news conference was filmed for television and newsreels for the first time, with the permission of President Dwight D. Eisenhower.

In 1809, author, poet and critic Edgar Allan Poe was born in Boston.

In 1861, Georgia became the fifth state to secede from the Union.

In 1915, Germany carried out its first air raid on Britain during World War I as a pair of Zeppelins dropped bombs onto Great Yarmouth and King’s Lynn in England.

In 1937, millionaire Howard Hughes set a transcontinental air record by flying his monoplane from Los Angeles to Newark, New Jersey, in 7 hours, 28 minutes and 25 seconds.

In 1944, the federal government relinquished control of the nation’s railroads to their owners following settlement of a wage dispute.

In 1953, CBS-TV aired the widely watched episode of “I Love Lucy” in which Lucy Ricardo, played by Lucille Ball, gave birth to Little Ricky. (By coincidence, Ball gave birth the same day to her son, Desi Arnaz Jr.)

In 1966, Indira Gandhi was chosen to be prime minister of India by the National Congress party.

In 1977, President Gerald R. Ford pardoned Iva Toguri D’Aquino, an American convicted of treason for making radio broadcasts aimed at demoralizing Allied troops in the Pacific Theater during World War II. (Although she was popularly referred to as “Tokyo Rose,” D’Aquino never used that name.)

In 1981, the United States and Iran signed an accord paving the way for the release of 52 Americans held hostage for more than 14 months.

Ten years ago: Russia and Ukraine signed a deal restoring natural gas shipments to Ukraine and paving the way for an end to the nearly two-week cutoff of most Russian gas to a freezing Europe.

Five years ago: An Islamic militant group in Russia’s North Caucasus claimed responsibility for recent twin bombings in the southern city of Volgograd and posted a video threatening to strike at the 2014 Winter Olympics in Sochi. Peyton Manning threw for 400 yards and two touchdowns to lead Denver to a 26-16 victory over New England and send the AFC champion Broncos to their first trip to the Super Bowl in 15 years. Russell Wilson threw a 35-yard touchdown pass on fourth down and Seattle’s top-ranked defense forced two late turnovers, lifting the Seahawks into their second Super Bowl with a 23-17 victory over the San Francisco 49ers for the NFC championship.

One year ago: The Supreme Court agreed to decide the legality of the latest version of President Donald Trump’s ban on travel to the United States by residents of six majority-Muslim countries. (A sharply divided court would uphold the ban in a 5-4 decision in June.) Olympic gold medalist Aly Raisman joined dozens of other women and girls in confronting her former doctor, Larry Nassar, at his sentencing hearing for multiple sexual assaults; she warned him that the testimony of the “powerful army” of survivors would haunt him in prison. After a record year in per-capita homicides, Baltimore’s mayor fired the city’s police commissioner, Kevin Davis, replacing him with Deputy Commissioner Darryl DeSousa. Amazon announced that it was raising the monthly price of its Prime membership plan by nearly 20 percent, to $12.99. (The fee for an annual membership would also rise 20 percent a few months later, to $119 a year.)