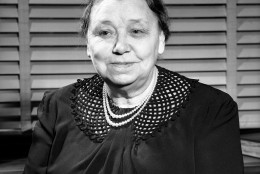 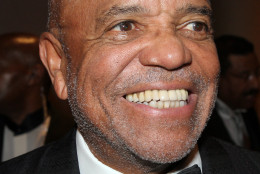 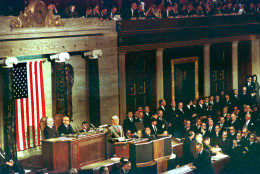 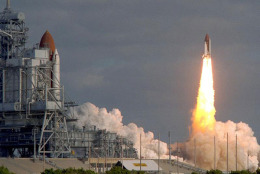 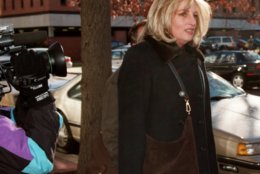 In 1828, the United States and Mexico signed a Treaty of Limits defining the boundary between the two countries to be the same as the one established by an 1819 treaty between the U.S. and Spain.

In 1915, the U.S. House of Representatives rejected, 204-174, a proposed constitutional amendment to give women nationwide the right to vote.

In 1932, Hattie W. Caraway became the first woman elected to the U.S. Senate after initially being appointed to serve out the remainder of the term of her late husband, Thaddeus.

In 1945, during World War II, Soviet forces began a major, successful offensive against the Germans in Eastern Europe. Aircraft from U.S. Task Force 38 sank about 40 Japanese ships off Indochina.

In 1948, the U.S. Supreme Court, in Sipuel v. Board of Regents of University of Oklahoma, unanimously ruled that state law schools could not discriminate against applicants on the basis of race.

In 1966, President Lyndon B. Johnson said in his State of the Union address that the U.S. military should stay in Vietnam until Communist aggression there was stopped. The TV series “Batman,” starring Adam West and Burt Ward as the Dynamic Duo, premiered on ABC, airing twice a week on consecutive nights.

In 1971, the groundbreaking situation comedy “All in the Family” premiered on CBS television.

In 1986, the shuttle Columbia blasted off with a crew that included the first Hispanic-American in space, Dr. Franklin R. Chang-Diaz.

In 2000, in a 5-4 decision, the U.S. Supreme Court, in Illinois v. Wardlow, gave police broad authority to stop and question people who run at the sight of an officer.

In 2006, Mehmet Ali Agca (MEH’-met AH’-lee AH’-juh), the Turkish gunman who shot Pope John Paul II in 1981, was released from an Istanbul prison after serving more than 25 years in Italy and Turkey for the plot against the pontiff and the slaying of a Turkish journalist.

Ten years ago: Senate Democrats announced they would accept former Illinois Attorney General Roland Burris as President-elect Barack Obama’s Senate successor. Acting at Obama’s behest, President George W. Bush agreed to ask Congress for the final $350 billion in the financial bailout fund. In the final news conference of his presidency, Bush vigorously defended his record but also offered an extraordinary listing of his mistakes _ including his optimistic Iraq speech in 2003. Rickey Henderson was elected to the Baseball Hall of Fame on the first ballot, and Jim Rice made it in on his 15th and final try. French movie actor-writer-director Claude Berri died in Paris at age 74.

Five years ago: Officials announced that Iran had agreed to limit uranium enrichment and to open its nuclear program to daily inspection by international experts. Southwest Flight 4013, a Boeing 737 from Chicago, landed at the wrong Missouri airfield while enroute to Branson. Jeremy Abbott won his fourth U.S. figure skating title at the championships in Boston. At the Golden Globes, “12 Years a Slave” won for best motion picture drama while “American Hustle” was named best musical or comedy picture.

One year ago: President Donald Trump’s White House physician, Dr. Ronny Jackson, declared him in “excellent health” after the president received his first checkup at Walter Reed military hospital. Sportscaster Keith Jackson, best known as the down-home voice of college football, died; he was 89. John Tunney, whose successful campaign for a California seat in the U.S. Senate was the basis for the Robert Redford film “The Candidate,” died in Los Angeles at the age of 83.