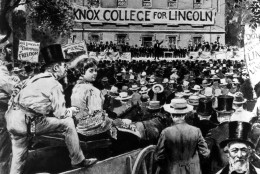 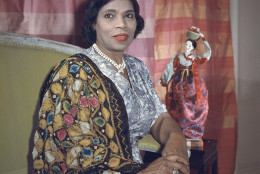 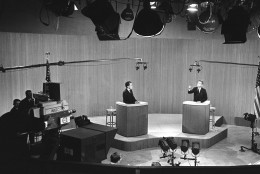 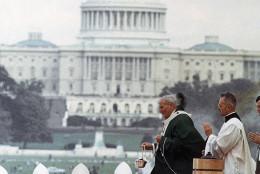 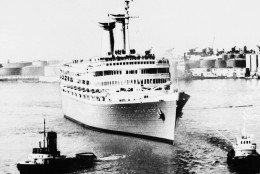 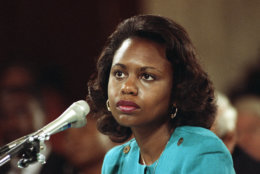 On Oct. 7, 2001, the war in Afghanistan started as the United States and Britain launched air attacks against military targets and Osama bin Laden’s training camps in the wake of the September 11 attacks.

In 1979, Pope John Paul II concluded his week-long tour of the United States with a Mass on the Washington Mall.

In 1985, Palestinian gunmen hijacked the Italian cruise ship Achille Lauro (ah-KEE’-leh LOW’-roh) in the Mediterranean. (The hijackers shot and killed Leon Klinghoffer, a Jewish-American tourist in a wheelchair, and pushed him overboard, before surrendering on Oct. 9.)

In 1998, Matthew Shepard, a gay college student, was beaten and left tied to a wooden fencepost outside of Laramie, Wyoming; he died five days later. (Russell Henderson and Aaron McKinney are serving life sentences for Shepard’s murder.)

In 2004, President George W. Bush and Vice President Dick Cheney conceded that Saddam Hussein had no weapons of mass destruction as they tried to shift the Iraq war debate to a new issue, arguing that Saddam was abusing a U.N. oil-for-food program.

Ten years ago: A top Italian court overturned a law granting Prime Minister Silvio Berlusconi immunity from prosecution, allowing trials for corruption and tax fraud to resume in Milan. (Berlusconi was later convicted of tax fraud relating to the purchase of TV rights to U.S. films on his Mediaset network; the corruption trial ended with a court ruling that the statute of limitations had run out.) Americans Venkatraman Ramakrishnan and Thomas Steitz and Israeli Ada Yonath won the Nobel Prize in chemistry. Fashion and celebrity photographer Irving Penn died in New York at 92.

Five years ago: North Korea publicly acknowledged to the international community the existence of its “reform through labor” camps, a mention that appeared to come in response to a highly critical U.N. human rights report. Two Japanese scientists, Isamu Akasaki and Hiroshi Amano, and a naturalized American, Shuji Nakamura, won the Nobel Prize for physics for inventing a new kind of light-emitting diode (LED) that promised to revolutionize the way the world lighted its offices and homes.

One year ago: Breaking her long-standing refusal to discuss anything political, music superstar Taylor Swift announced that she would be voting for Tennessee’s Democratic Senate candidate Phil Bredesen. Brazilian voters chose a far-right former army captain, Jair Bolsonaro, in the first round of the country’s presidential election, but he fell just short of the margin needed to avoid a late October runoff. (Bolsonaro would win the runoff with 55 percent of the vote.) The Milwaukee Brewers beat the Colorado Rockies 6-0 to sweep their National League Division Series.