A look at what happened on this date in history.
(1/8) 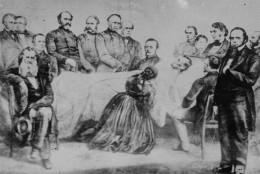 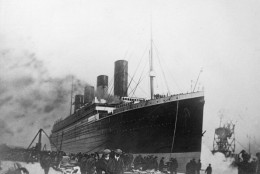 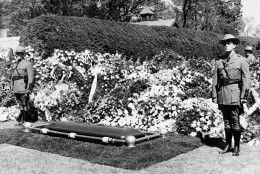 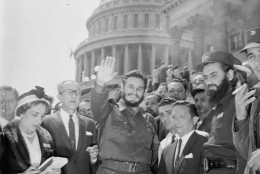 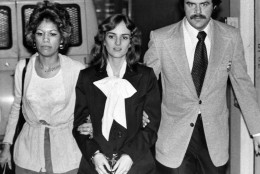 On April 15, 1865, President Abraham Lincoln died nine hours after being shot the night before by John Wilkes Booth at Ford’s Theater in Washington; Andrew Johnson became the nation’s 17th president.

In 1452, artist and inventor Leonardo da Vinci was born in or near the Tuscan town of Vinci.

In 1912, the British luxury liner RMS Titanic foundered in the North Atlantic off Newfoundland more than 2 1/2 hours after hitting an iceberg; 1,514 people died, while less than half as many survived.

In 1943, the Ayn Rand novel “The Fountainhead” was first published by Bobbs-Merrill Co.

In 1947, Jackie Robinson, baseball’s first black major league player, made his official debut with the Brooklyn Dodgers on opening day at Ebbets Field. (The Dodgers defeated the Boston Braves, 5-3.)

In 1959, Cuban leader Fidel Castro arrived in Washington to begin a goodwill tour of the United States. Secretary of State John Foster Dulles resigned for health reasons (he was succeeded by Christian A. Herter).

In 1974, members of the Symbionese Liberation Army held up a branch of the Hibernia Bank in San Francisco; a member of the group was SLA kidnap victim Patricia Hearst, who by this time was going by the name “Tania” (Hearst later said she’d been forced to participate).

In 1985, South Africa said it would repeal laws prohibiting sex and marriage between whites and non-whites.

In 1986, the United States launched an air raid against Libya in response to the bombing of a discotheque in Berlin on April 5; Libya said 37 people, mostly civilians, were killed.

In 1989, 96 people died in a crush of soccer fans at Hillsborough Stadium in Sheffield, England. Students in Beijing launched a series of pro-democracy protests; the demonstrations culminated in a government crackdown at Tiananmen Square.

In 1998, Pol Pot, the notorious leader of the Khmer Rouge, died at age 72, evading prosecution for the deaths of two million Cambodians.

In 2013, two bombs made from pressure cookers exploded at the Boston Marathon finish line, killing two women and an 8-year-old boy and injuring more than 260. Suspected bomber Tamerlan Tsarnaev (TAM’-ehr-luhn tsahr-NEYE’-ehv) died in a shootout with police; his brother, Dzhokhar Tsarnaev (joh-HAHR’ tsahr-NEYE’-ehv), was tried, convicted and sentenced to death.

Ten years ago: Whipped up by conservative commentators and bloggers, tens of thousands of protesters staged “tea parties” around the country to tap into the collective angst stirred up by a bad economy, government spending and bailouts. A U.S. Army master sergeant was convicted of murder at a court-martial in Vilseck, Germany in the 2007 killings of four bound and blindfolded Iraqis. (John Hatley initially received life in prison, but had his sentence later reduced to 40 years.) Pirates released the Greek-owned cargo ship Titan that had been hijacked off the Somali coast on March 19.

Five years ago: Boko Haram terrorists kidnapped some 276 girls from a school in northeastern Nigeria. Survivors, first responders and relatives of those killed in the Boston Marathon bombing marked the first anniversary of the attack with tributes that combined sorrow over the loss of innocent victims with pride over the city’s resilience.

One year ago: A seven-hour battle over territory and money broke out among inmates armed with homemade knives at the Lee Correctional Institution in South Carolina, leaving seven inmates dead and 22 injured in the worst U.S. prison riot in a quarter-century. At the Academy of Country Music Awards, held in Las Vegas six months after the deadly shooting at a country music festival there, Jason Aldean paid tribute to the 58 people killed; he spoke after he was named entertainer of the year for the third consecutive time. (Aldean had been performing at the Las Vegas festival when the shooting began.)