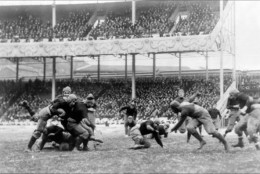 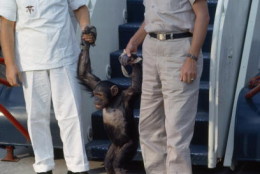 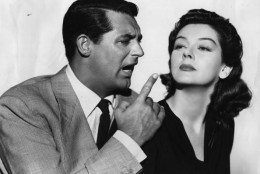 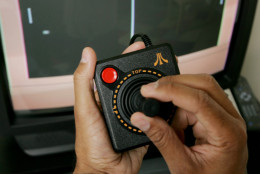 In 1864, a Colorado militia killed at least 150 peaceful Cheyenne Indians in the Sand Creek Massacre.

In 1947, the U.N. General Assembly passed a resolution calling for the partitioning of Palestine between Arabs and Jews; 33 members, including the United States, voted in favor of the resolution, 13 voted against while 10 abstained. (The plan, rejected by the Arabs, was never implemented.)

In 1961, Enos the chimp was launched from Cape Canaveral aboard the Mercury-Atlas 5 spacecraft, which orbited earth twice before returning.

In 1963, President Johnson named a commission headed by Earl Warren to investigate the assassination of President Kennedy.

In 1972, the coin-operated video arcade game Pong, created by Atari, made its debut at Andy Capp’s Tavern in Sunnyvale, California.

In 1981, actress Natalie Wood drowned in a boating accident off Santa Catalina Island, California, at age 43.

In 1987, a Korean Air 707 jetliner en route from Abu Dhabi to Bangkok was destroyed by a bomb planted by North Korean agents with the loss of all 115 people aboard.

In 1991, 17 people were killed in a 164-vehicle pileup during a dust storm on Interstate 5 near Coalinga, California. Actor Ralph Bellamy died in Santa Monica, California, at age 87.

In 2001, George Harrison, the “quiet Beatle,” died in Los Angeles following a battle with cancer; he was 58.

One year ago: North Korea launched its most powerful weapon yet, claiming a new type of intercontinental ballistic missile that some observers believed could put the entire U.S. East Coast within range. “Today” host Matt Lauer was fired for what NBC called “inappropriate sexual behavior” with a colleague; a published report accused him of crude and habitual misconduct with women around the office. Garrison Keillor, who’d entertained public radio listeners for 40 years on “A Prairie Home Companion,” was fired by Minnesota Public Radio following allegations of inappropriate workplace behavior. President Donald Trump retweeted inflammatory videos from a fringe British political group purporting to show violence committed by Muslims. The House approved a measure requiring annual anti-harassment training for lawmakers and aides. The price of bitcoin surged through $10,000, adding to its ten-fold jump in value during 2017.