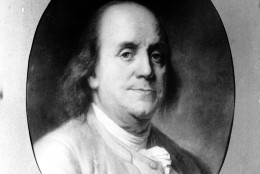 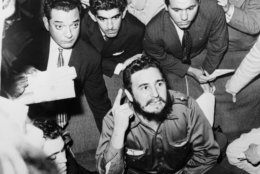 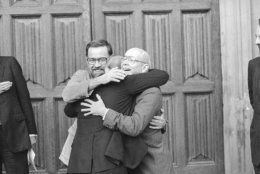 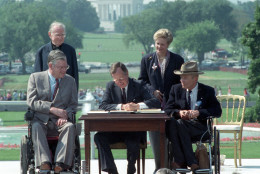 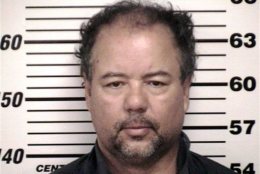 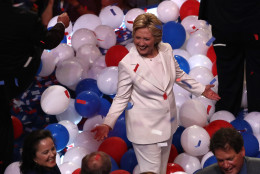 On July 26, 2016, Hillary Clinton became the first woman to be nominated for president by a major political party at the Democratic National Convention in Philadelphia.

In 1775, the Continental Congress established a Post Office and appointed Benjamin Franklin its Postmaster-General.

In 1863, Sam Houston, former president of the Republic of Texas, died in Huntsville at age 70.

In 1908, U.S. Attorney General Charles J. Bonaparte ordered creation of a force of special agents that was a forerunner of the Federal Bureau of Investigation.

In 1925, five days after the end of the Scopes Trial in Dayton, Tennessee, prosecutor William Jennings Bryan died at age 65. (Although Bryan had won a conviction against John T. Scopes for teaching Darwin’s Theory of Evolution, the verdict was later overturned.)

In 1953, Fidel Castro began his revolt against Fulgencio Batista (fool-HEN’-see-oh bah-TEES’-tah) with an unsuccessful attack on an army barracks in eastern Cuba. (Castro ousted Batista in 1959.)

In 1956, the Italian liner Andrea Doria sank off New England, some 11 hours after colliding with the Swedish liner Stockholm; at least 51 people died.

In 2002, the Republican-led House voted, 295-132, to create an enormous Homeland Security Department in the biggest government reorganization in decades.

In 2006, in a dramatic turnaround from her first murder trial, Andrea Yates was found not guilty by reason of insanity by a Houston jury in the bathtub drownings of her five children; she was committed to a state mental hospital. (Yates had initially been found guilty of murder, but had her conviction overturned.)

In 2013, Ariel Castro, the man who’d imprisoned three women in his Cleveland home, subjecting them to a decade of rapes and beatings, pleaded guilty to 937 counts in a deal to avoid the death penalty. (Castro later committed suicide in prison.)

In 2017, President Donald Trump announced on Twitter that he would not “accept or allow” transgender people to serve in the U.S. military. (After a legal battle, the Defense Department approved a new policy requiring most individuals to serve in their birth gender.) A thrill ride broke apart at the Ohio State Fair, killing an 18-year-old high school student and injuring seven others.

Ten years ago: Sarah Palin stepped down as governor of Alaska to write a book and build a right-of-center coalition, but left her long-term political plans unclear. Alberto Contador won the Tour de France for the second time in three years; Lance Armstrong placed third. Rickey Henderson and Jim Rice were inducted into the Baseball Hall of Fame along with the late Joe Gordon. Choreographer and dancer Merce Cunningham died in New York at age 90.

Five years ago: Hamas resumed rocket fire on Israel after rejecting its offer to extend a humanitarian cease-fire, the latest setback in international efforts to negotiate an end to the Gaza war. The United States shuttered its embassy in Libya and evacuated its diplomats to neighboring Tunisia under U.S. military escort as fighting intensified between rival militias. Dr. Samuel Brisbane, one of Liberia’s most high-profile doctors, died of Ebola; an American physician in Liberia, Dr. Kent Brantly, was reported to have caught the disease, but recovered.

One year ago: As a deadline set by a federal judge arrived, the Trump administration said more than 1,800 children who were separated from their families at the U.S-Mexico border had been reunited with parents and sponsors; hundreds more remained apart. Shares in Facebook plunged 19 percent, wiping out $119 billion of the company’s Wall Street value; the plunge followed Facebook’s warning that its revenue growth would slow significantly. The last six members of a Japanese doomsday cult who remained on death row were executed for a series of crimes in the 1990s, including a gas attack on Tokyo subways that killed 13 people.

july 26 | This day in history | Today in History