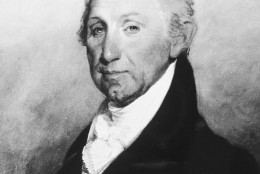 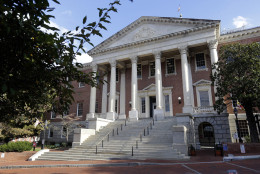 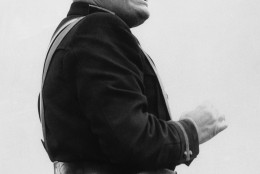 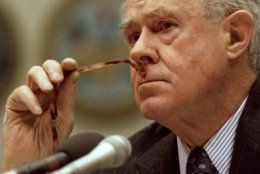 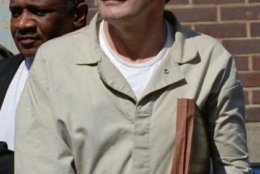 On April 28, 1945, Italian dictator Benito Mussolini and his mistress, Clara Petacci, were executed by Italian partisans as they attempted to flee the country.

In 1758, the fifth president of the United States, James Monroe, was born in Westmoreland County, Virginia.

In 1788, Maryland became the seventh state to ratify the Constitution of the United States.

In 1789, there was a mutiny on the HMS Bounty as rebelling crew members of the British ship, led by Fletcher Christian, set the captain, William Bligh, and 18 others adrift in a launch in the South Pacific. (Bligh and most of the men with him reached Timor in 47 days.)

In 1918, Gavrilo Princip, 23, the assassin of Archduke Franz Ferdinand of Austria and the archduke’s wife, Sophie, died in prison of tuberculosis.

In 1958, the United States conducted the first of 35 nuclear test explosions in the Pacific Proving Ground as part of Operation Hardtack I. Vice President Richard Nixon and his wife, Pat, began a goodwill tour of Latin America that was marred by hostile mobs in Lima, Peru, and Caracas, Venezuela.

In 1967, heavyweight boxing champion Muhammad Ali was stripped of his title after he refused to be inducted into the armed forces. U.S. Army Gen. William C. Westmoreland told Congress that “backed at home by resolve, confidence, patience, determination and continued support, we will prevail in Vietnam over communist aggression.”

In 1980, President Jimmy Carter accepted the resignation of Secretary of State Cyrus R. Vance, who had opposed the failed rescue mission aimed at freeing American hostages in Iran. (Vance was succeeded by Edmund Muskie.)

In 1988, a flight attendant was killed and more than 60 persons injured when part of the roof of an Aloha Airlines Boeing 737 tore off during a flight from Hilo (HEE’-loh) to Honolulu.

In 1993, the first “Take Our Daughters to Work Day,” promoted by the New York-based Ms. Foundation, was held in an attempt to boost the self-esteem of girls by having them visit a parent’s place of work. (The event was later expanded to include sons.)

In 1994, former CIA official Aldrich Ames, who had betrayed U.S. secrets to the Soviet Union and then Russia, pleaded guilty to espionage and tax evasion, and was sentenced to life in prison without parole.

In 1996, a man armed with a semiautomatic rifle went on a rampage on the Australian island of Tasmania, killing 35 people; the gunman was captured after a 12-hour standoff at a guest cottage, and is now serving a life prison sentence.

Five years ago: President Barack Obama arrived in the Philippines on the last stop of a weeklong Asia tour that also included Japan, South Korea and Malaysia. The United States and its European allies hit more than two dozen Russian government officials, executives and companies with new sanctions as punishment for their country’s actions in Ukraine. Two dozen tornadoes ripped through Mississippi, killing 14 people.

One year ago: Alfie Evans, the 23-month-old terminally-ill British toddler who was at the center of a legal battle over his treatment, died at a British hospital; doctors had said further treatment for his degenerative brain condition was futile and that he should be allowed to die, but his parents fought for months to take him to the Vatican’s children’s hospital so he could be kept on life support. Jacob Cartwright, a trucker who was missing in a snow-covered area of Oregon for four days after his GPS device sent him up the wrong road, emerged from the remote and rugged region after walking 36 miles to safety.