Path to lieutenant gov.’s office: Maryland’s Aruna Miller on her past and plans for next 4 years

Aruna Miller, Maryland's next lieutenant governor, talks with WTOP about her relationship with the incoming governor, her arrival in the U.S. as a child and what she hopes to accomplish.
Listen now to WTOP News WTOP.com | Alexa | Google Home | WTOP App | 103.5 FM

Aruna Miller, Maryland’s next lieutenant governor, will be the first woman of color and the first immigrant to hold the job.

Miller is a resident of Montgomery County where she’s lived for 32 years. She’s a civil engineer who worked for the Montgomery County Department of Transportation before running for office to serve as a Maryland State Delegate and finally winning the 2022 race for lieutenant governor.

While she’s excited to be able to represent Montgomery County in a statewide office, she’s also focused on serving all the residents of the state, including those who didn’t vote for the Moore-Miller ticket.

“We want to be a governor and a lieutenant governor for all the people,” said Miller.

As lieutenant governor, Miller wants to focus on transportation issues with an emphasis on providing transit in rural and suburban areas. While working in Montgomery County’s transportation department, Miller worked on projects including those aimed at improving infrastructure for pedestrians and cyclists.

She said plans like the project to relieve congestion at the American Legion Bridge and add managed toll lanes to segments of Interstate 270 and the Capital Beltway need to be “heavily reviewed” in a way to make the project “a better product.”

Miller said the plan addresses the needs of drivers of single occupancy vehicles.

“But what about the people that don’t have access to that? How are we addressing their needs?”

She also wants to promote STEM, education that promotes science, technology, engineering and math, as well as support access to mental health. Miller explains her father was bipolar, and the saw firsthand the toll that mental illness can take on families and society.

Arrival in the US

Miller’s arrival to the United States from India at the age of 7 is a story that her running mate Gov.-elect Wes Moore liked to share on the campaign trail.

When WTOP sat down for an interview with the Lt. Gov.-elect, Miller was asked to talk about one element of the story. Moore had said that it was snowing when Miller’s plane touched down in 1972, and that she assumed the snow was confetti.

Miller was asked: was that true?

“It is exactly the truth!” said Miller with a smile.

She explained that she had been raised by her grandmother until she was 7 when her father, who had emigrated to the United States in the late 1960s came to India to bring Miller to the country that would be her new home.

Miller’s father was a stranger to her, but she said it was clear to her that he was a very big deal.

In India, Miller said, “He was considered like a big celebrity, because nobody from either side of the family, either my mom’s or my dad’s had ever been to the United States.”

So when their plane touched down during a snowfall, and they arrived to the crowded airport, Miller’s first thought was, “Oh my gosh, all these people are waiting for my dad, the celebrity and me, his daughter!” And she did indeed assume the snow falling was confetti, and thought, “This is awesome! Maybe I am going to like this country after all!”

On election night, when the Democratic candidates learned they had won race for governor and lieutenant governor, Moore and Miller hugged and as the song “Optimistic” was played, suddenly the confetti cannons were deployed.

They were joined on stage by Anthony Brown, who won his race for attorney general, and Brooke Lierman, the Maryland state delegate who won her contest for comptroller. For a few moments, the winning candidates and their families were completely obscured by a blizzard of glittery confetti.

In an interview in November, Moore told WTOP that he had indeed made sure that there would be a celebration with confetti for Miller.

Told of Moore’s comment, Miller laughed and said that she had been a little disappointed all those years ago when she learned that it was snow, not confetti falling, and added that she promised herself that one day she’d celebrate a special occasion with confetti.

Referring to Moore, Miller said with a laugh, “He made my dream come true!”

It’s not always the case that a governor and lieutenant governor actually like each other. Sometimes the match is purely political. But Miller says the feelings of mutual admiration Moore and she seem to have are genuine.

“Hanging out with Governor-elect Wes Moore on the campaign trail has been so much fun!”

Miller said she and Moore are “cut from the same cloth. We love being around people. We love listening to stories.” She said from the moment she met Moore in October of 2021 she was convinced he would be Maryland’s next governor.

“He was dynamic, he was thoughtful, he was a visionary and let’s not forget his stellar resume!” she said, a reference to his status as a Rhodes scholar and combat veteran as well as CEO of a nonprofit.

But what really struck her, she said, was Moore’s empathy. She talked about her own experience as an immigrant, arriving with her father, a man she had not previously known, and reuniting with her mother and her siblings who had arrived one by one.

“My parents and my siblings were like total strangers to me. So I was a stranger in a strange country,” Miller said.

The feeling of being an outsider persisted to some degree, despite Miller’s own accomplishments. She recalled “always being that kid that kind of stood out, that didn’t fit in wherever she went.” Miller said Moore “understands that.” He also is the son of an immigrant. Moore’s mother came to the U.S. from Jamaica.

A twist on crab cakes

Since WTOP quizzed Gov.-elect Wes Moore on whether he’s a fan of Old Bay seasoning (he is), we figured we’d ask the Lt. Governor-elect about the mix of spices made in Maryland.

Citing her Indian heritage, Miller said, “We use so many spices for everything that we make, including drinking tea. We add spices to it — masala tea. Right?” So Old Bay has a special place in her kitchen.

Miller, a vegetarian, has come up with a recipe that closely mimics crab cakes and she credits the stuff in the blue and yellow container for making the vegetarian version a delicious alternative to the real thing. “It’s the Old Bay that makes all the difference!” she said with a laugh.

Moore and Miller will be sworn-in on Jan. 18. 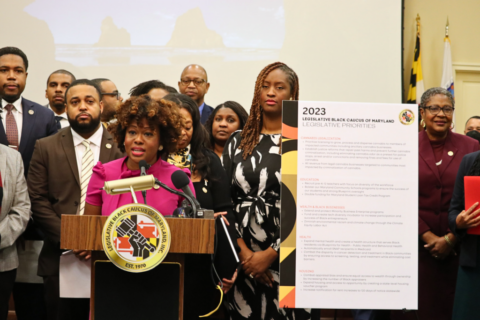 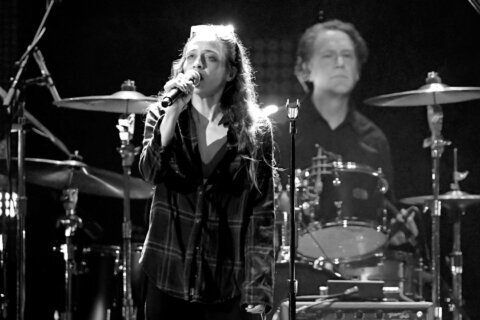 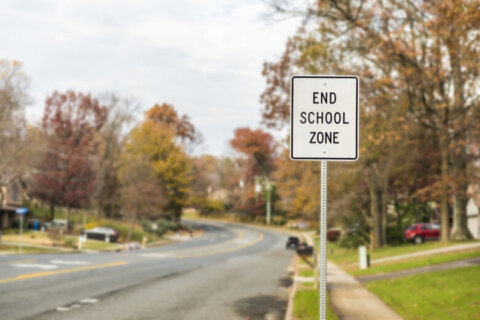