That’s when the state’s boards of elections could legally begin processing those ballots.

In Montgomery County, the local Board of Elections has set up a site in Germantown, where elections workers sit at tables processing the ballots received.

As of 3 p.m. Thursday, 34,867 ballots had been scanned in, as received by the county’s board of elections. Gilberto Zelaya, Community Empowerment and Public Information Officer with the Montgomery County Board of Elections, explained that the goal was to canvass and tabulate 13,000 ballots by the day’s end.

At the end of each day, Zelaya said processed ballots are taken to the office to be scanned and those are results are uploaded to the state’s server. Then the state will continue to revise the election results.

The vote count remains fluid, Zelaya explained, because not only are the mail-in ballots that were placed in drop boxes still being counted, but those sent by mail are being collected.

“We’re going to the post office twice a day to go pick up USPS correspondence, so every day is a new number,” he said.

Ballots that are postmarked by July 19 continue to be collected until the final canvass on July 29.

Teresa Woorman, the campaign manager for Democrat Marc Elrich, the incumbent Montgomery County Executive, said having to wait for the ballot process can be tough in a race like the one Elrich is in — where just over 1,200 votes separate him from his closest competitor, business owner David Blair.

In a different scenario, where mail-in ballots could be counted as they came in, being able to project what it would take to catch up with a competitor could be clearer.

But under the current system, Woorman said, “it makes it a lot harder” she said. “I keep telling everybody that conventional politics goes out the window with this race.”

Aaron Kraut, spokesman with the Blair campaign, was present for the ballot counting too. Watching the volunteer elections workers inspect the ballots, Kraut said, “We knew this would be the case; there would be a lot of mail ballots out there.”

Kraut said the campaign made a concerted effort early on to tell voters to send their votes in early.

Maryland State Sen. Cheryl Kagan, who fought to pass the legislation that would have allowed mail-in ballots to be tabulated earlier, said having to delay counting those votes until after Election Day “wasn’t a big issue when we had two or three percent of what used to be called ‘absentee’ ballots. But now, we’re looking at a third — and maybe in some places, up to a half — of Maryland voters casting their ballots through the mail.”

Maryland’s General Assembly passed the bill to change the way mail-in ballots were handled, but Gov. Larry Hogan vetoed it.

Observers — including ordinary citizens, not just campaign workers — are invited to attend the ballot counts. Zelaya told reporters “It’s transparency. It’s democracy in action. They’re a part of the process.”

Among those observing, was former Maryland Treasurer Nancy Kopp, who is now retired. Kopp said she was observing as part of the campaign for Brooke Lierman, a Democratic candidate for state comptroller.

In responding to questions form WTOP, Kopp took pains to say she was commenting as a citizen, and not as part of the Lierman campaign, but said she finds observing the vote count inspiring “the way jury duty is, because you see your fellow citizens taking things very seriously and not playing games with the ballot.”

Not every part of the #ballot counting process is done manually — this handy-dandy electronic letter opener slices the top of the envelopes saving some time for ⁦@777Vote⁩ #elections workers pic.twitter.com/vDBN2Kn2lA 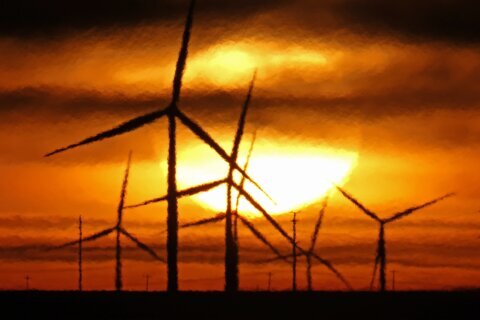