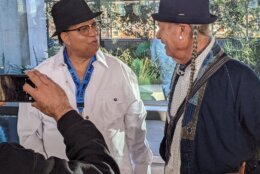 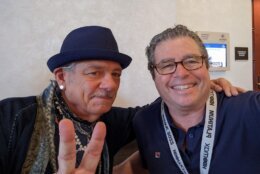 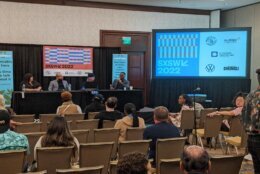 For an industry that brings both pleasure and therapeutic sustenance to so many people, the burgeoning cannabis industry is beset with hurdles.

Everything from federal regulation (or lack thereof), issues with vaping, equal access to banking, veterans’ causes, tax policies, public perception and the continued presence of the illicit (or legacy) market are among the leading causes of angst for those working both in and around marijuana legalization and reform.

But perhaps the most glaring is the ongoing issue of social equity, the constant quest to overturn years of incarceration for individuals — mostly people of color — who are languishing in prison for being convicted of an activity that is no longer illegal in many places.

And while many have taken up this cause, one man has emerged as the face of this movement.

Steve DeAngelo, a University of Maryland graduate who, at age 63, is widely recognized as the “father” of the legal cannabis industry. In 2019, DeAngelo founded the Last Prisoner Project, an advocacy group comprised of cannabis industry leaders as well as criminal, social justice, education and drug policy reform experts.

The organization is dedicated to the belief that no one should remain incarcerated for cannabis offenses.

Last week in Austin, DeAngelo participated in a pair of panel sessions along with numerous social events at SXSW, where he threw his support behind several projects, the most visible of which was his push to advocate for those who can no longer fight for themselves.

“The work on the Last Prisoner Project is going well, but we’re really just gearing up,” DeAngelo said. “We’ve been successful in raising a substantial amount of money, building support and actually releasing a pretty impressive number of prisoners, including several who have been serving life sentences or de facto life sentences, but the scale of the problem is vast.”

He said there are 40,000 people still in prison in the United States on cannabis charges alone.

“But you need to also understand that our mission is global, so we look at the whole planet and we fear that there may be a million or more people planet-wide currently incarcerated on cannabis charges,” DeAngelo said.

He said some of them, even in the United States, are facing incredibly cruel sentences.

“So we’re highlighting the case of Kevin Allen now who’s serving time in Angola Prison in Louisiana. Angola is a former plantation and very, very few of the prisoners who go to Angola ever come out alive,” he said of the prison, also known as the maximum-security Louisiana State Penitentiary.

“Kevin was sentenced to life in prison without parole for the sale of $20 worth of cannabis, so Kevin remains there, and if we’re not successful, if we don’t get him out of prison, he will die there,” DeAngelo said.

As part of the SXSW Film Festival, one of the featured documentary shorts was a 24-minute film titled “The Sentence of Michael Thompson.” Now 69, Thompson was the longest-serving non-violent offender in Michigan history until he was finally granted clemency by Gov. Gretchen Whitmer in December and released from prison in January. In 1994, he was arrested for selling three pounds of cannabis to a close friend turned police informant and was sentenced to 42 years to 60 years in prison,

The film follows Thompson’s daughter Rashawnda Littles and his lawyer Kim Corral during his fight for clemency and examines the harm the war on drugs has caused on communities and explores paths forward as national cannabis legalization gets closer to becoming a reality.  Thompson joined DeAngelo and others at SXSW to both promote the documentary and share his story.

But for every Michael Thompson, there are tens of thousands more who are awaiting their chance for freedom.

“Our efforts are really just getting started and we’re definitely making progress, but we need to measure our results in the thousands and the tens of thousands rather than in the dozens and in the hundreds,” DeAngelo said. “The governor of every state in the U.S. has the ability, with the stroke of a pen, to release anyone who’s incarcerated in the state for whatever reason, if the governor wants to.”

He said they have been working with governors in Illinois, Colorado and other states around the country and have been successful in helping to release 400 prisoners collectively.

“While it’s a great start, there’s so much more we need to do,” he said.

According to DeAngelo, those who populate the industry recognize the importance of the Last Prisoner Project mission and have contributed to his cause.

“Those working in cannabis have been very generous with their financial support but so much more needs to be done,” he said. “First of all, every cannabis legalization bill moving forward should automatically release everybody who’s in prison on cannabis charges.

“It seems elementary, right? If we’re going to say that this plant should no longer be illegal, then we should stop punishing the people for the thing that we’ve said shouldn’t be illegal any more. It’s very simple, but it doesn’t happen for the most part, because prisoners are not one of the stakeholders at the table.”

For DeAngelo and his team, the fight continues. His presence at SXSW, his continual appearances at industry trade shows and his interviews on radio, television and online will undoubtedly keep the issue current.

But as for his endgame, DeAngelo said, “We will keep fighting this fight until every last prisoner is released.”