SXSW 2022 dips toe into the future of mobility 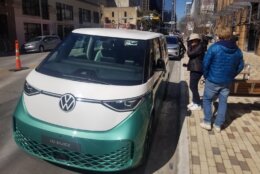 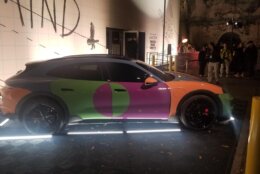 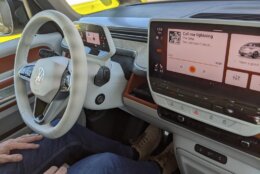 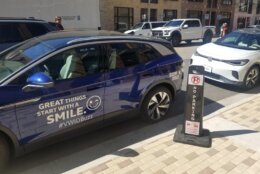 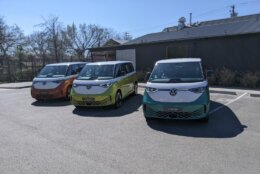 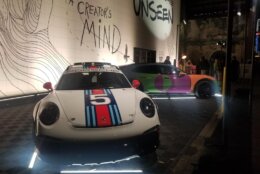 While automotive technology has not traditionally been a core feature at South by Southwest, the annual festival in Austin has, in many respects, been an innovator in finding ways to get people around town.

From SXSW shuttle busses, rickshaw-inspired pedicabs and the proliferation of scooters and motorized bicycles, the City of Austin, and South-By in particular, have always made festival navigation relatively simple.

This year, however, it’s the universal future of transportation that’s taking center stage.

For the first time this year, a major part of the conference will feature the involvement and participation of multiple automotive manufacturers.

As part of the company’s new three-year sponsorship of SXSW, Herndon-based Volkswagen is hosting various “Buzz Stops” throughout Austin, where festival attendees can experience the next upcoming chapter of the iconic vehicle brand’s future.

Dozens of fully-electric, five-seat VW ID.4 SUVs have been spotted all over Austin, with VW personnel onsite to provide information, education and entertainment. With the 2022 version now in circulation, the vehicle has a single-charge range of nearly 250 miles.

But the true leader in the SXSW clubhouse is the ID. Buzz, a 100% battery-powered version of the classic VW Microbus of the ’sixties making its first-ever public appearance here in Austin.

“The VW Microbus has been emblematic of cultural ideals that have inspired change and driven progress, both in the U.S. and globally,” said Scott Keogh, President and CEO of Volkswagen Group of America.

“South by Southwest’s commitment to innovation and technology, coupled with its access to culture and creativity makes it the perfect venue for the ID. Buzz to make its first-ever public appearance. We’re excited to bring the ID. Buzz to Austin and showcase the innovation packed into this newest member of our EV lineup.”

While VW is showcasing a fuel-free option to traverse city streets and highways, Audi unveiled a technological breakthrough designed to keep kiddies in the backseat fully occupied during road trips.

This year, Audi is introducing “holoride,” a virtual reality-based product that syncs with the motion of the automobile, providing a gaming platform that corresponds directly to the road and topography traversed by the vehicle.

Partially funded by Audi, holoride is actually creating their technology for multiple, often competing, automobile manufacturers based on the premise that this form of gaming can be delivered throughout the entire automotive industry.

Through the magic of a head-mounted display, holoride turns every car trip into a theme park, providing back seat passengers with a fun and connected experience in every ride.

“Three years ago, I was working for the Department of Autonomous Driving for Audi and we were thinking about how we can create an entertainment format for the car that really is meant to be lived in, and fully experienced, in collaboration the vehicle,” said Daniel Profendiner, one of the company’s co-founders.

“So what we did, and basically what we’re doing now, is that we are taking the real-time sensor data of the car and turning it into a slick virtual reality game where the user is directly interacting with the streets, sidewalks and surroundings,” said Profendiner.

Built for near-future integration into Audi’s forthcoming line of vehicles – with the promise of other manufacturers to follow – the product is scheduled to hit the market later this year.

Rounding out the SXSW automotive lineup is Porsche, also making its SXSW debut under a three-year cooperative agreement.

Through the company’s centerpiece installation, entitled “A Creator’s Mind,” Porsche opens the secret sketch pad of its design department to shed light on what they call the “Porsche Unseen” studies.

The portfolio includes design sketches and completed studies, presented at the custom-built Porsche space within the festival on 4th Street.

The interior of that venue was designed to resemble the surface of a giant design desk, and offers creators from music, film, tech and gaming a stage to present their visions and projects.

Much as it does each year, South-By-Southwest is continually reinventing itself. For 2022, it’s becoming clear that the future of mobility is undeniably in the show’s outlook.

And this week, we’re getting a first-hand peek at that future.