Maryland’s marijuana referendum could cause ‘confusion’ for police and the public, panel is told

Possession of small amounts of marijuana could be legalized in Maryland by a referendum but some supporters of marijuana reform warn that the legislation could cause confusion for the public and law enforcement officers.
Listen now to WTOP News WTOP.com | Alexa | Google Home | WTOP App | 103.5 FM

Legislative leaders have said they are committed to placing a cannabis legalization referendum on the November ballot, and recent polling suggests it will pass by a comfortable margin.

But some supporters of marijuana reform warned on Monday that the legislature’s current plan for legalizing possession of small amounts of marijuana could cause confusion for the public and law enforcement officers.

The House of Delegates is considering two measures — House Bill 1, which would establish a referendum this November, and House Bill 837, which would create a regulatory framework for a marijuana industry. As currently drafted, the second bill wouldn’t take effect until July 1, 2023.

If approved, possession of up to 1.5 ounces of marijuana would become legal and people serving time solely for possession of small amounts of pot would be freed from jail with their records expunged.

Reform advocates applaud the legislation, but they expressed concern about the eight-month gap between a headline-generating referendum and the date the new law takes effect.

They point to New Jersey, where voters approved a referendum by a 2-to-1 margin in November 2020. Follow-on legislative action didn’t come until months later. In that intervening period, 6,000 Garden State residents were charged with minor marijuana possession, according to a report from the state judiciary.

“This delay would mean thousands of Marylanders — disproportionately Black Marylanders — would continued to be subjected to police interactions and citations for cannabis for eight months after voters adopt legalization,” she said. “Those are police interactions and citations for cannabis which can be traumatic, are disproportionately targeted to people of color and at their worst can be deadly for people of color.”

Naugle said that legalizing possession immediately after a successful referendum is “a better policy choice.”

In the months since House Speaker Adrienne A. Jones (D-Baltimore County) announced her support for a referendum, the leaders of multiple committees have worked on the issue. They want to ensure that Maryland’s potentially lucrative marijuana industry is racially diverse and they want to make sure that the state has baseline data to track the health and public safety impacts of legalization.

Senate leaders also support legalization. Lawmakers in both chambers are eager to bring an end to enforcement practices that have impacted Black users more than people of other races.

But the question of timing has caused friction between the House and Senate.

At Monday’s hearing, House Majority Leader Eric Luedtke (D-Montgomery), a member of the Ways and Means Committee, said Jones’ instruction to her committee chairs is to craft solid bills.

“The potential legalization of recreational cannabis, should the voters approve a ballot question in the fall, is a tremendous economic development opportunity,” he said. “It’s more important that we get it done right than that we get it done quickly.”

House Economic Matters Committee Chair C.T. Wilson (D-Charles) said it is essential for the state to finish a disparity study if it is to realize the goal of having entrepreneurs of color among the players in the new industry.

“If we’re tricked into rushing forward, then we will miss out on this multi-billion dollar industry, where less than two percent of the participation is done by minorities,” he said. His use of the term “rushing” was an apparent reference to the Senate, where leaders have advocated a speedier timeline.

“We’re not going to leave our people behind,” said Wilson, who is Black, noting that the legislation sets up a small, minority-owned and women-owned business assistance fund. “My goal is not just to create Black jobs, minority jobs, but to create Black millionaires. … We will not be rushed.”

Eighteen states, including Virginia, and the District of Columbia have legalized the non-medical use of marijuana.

“Every year that marijuana has been illegal in Maryland… at least 30,000 criminal charges were filed against our residents, even after decriminalization of small amounts in 2014,” he said. “And of course, all the survey data indicates that that is disproportionately Black Marylanders and other people of color even though we know the use rates… are the same.”

Several reform advocates urged lawmakers to add a provision banning police from conducting a search of a person or vehicle based solely on the smell of pot. 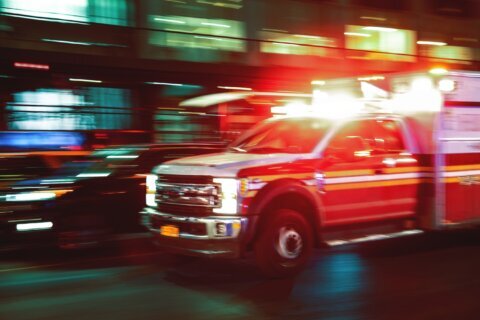