Democrats in the House of Delegates predictably rejected an amendment from Republican lawmakers Tuesday that would have replaced the Legislative Redistricting Advisory Commission’s proposed congressional map with one put forward by the Maryland Citizens Redistricting Commission, which is aligned with Gov. Lawrence J. Hogan Jr. (R).

The House then gave preliminary approval to the legislative commission’s proposed congressional boundaries. A final House vote could come as early as Tuesday evening.

Buckel, one of two Republicans on the seven-member Legislative Redistricting Advisory Commission (LRAC), said he opposes the maps that commission created because the districts aren’t compact.

In a joint committee hearing Monday, lawmakers advanced the LRAC proposal and didn’t vote on the Maryland Citizens Redistricting Commission proposal. The LRAC was created by Senate President Bill Ferguson (D-Baltimore City) and House Speaker Adrienne A. Jones (D-Baltimore County). Jones and Ferguson are both members of that panel alongside two other Democratic legislative leaders, the two Republican legislative leaders and Karl Aro, the commission chair and former head of the nonpartisan Department of Legislative Services.

Compactness of U.S. House districts has been a key aspect of the debate on the state’s next set of congressional maps. Republicans have highlighted the fact that the Maryland Citizens Redistricting Commission sought to minimize county splits in drawing their congressional proposal, but at the Monday committee hearing on both map proposals, Aro said compactness isn’t as important a factor in congressional maps compared to population equality and compliance with the federal Voting Rights Act.

Del. C.T. Wilson (D-Charles County) defended the Legislative Redistricting Advisory Commission map during the Tuesday morning floor debate on Buckel’s amendment, and said panelists focused on preserving communities of interest, protecting the voting power of people of color and keeping as many people as possible in their current districts over compactness. Wilson added that the LRAC map still marks a “dramatic change” because it is more compact than current maps, but also said Maryland’s borders don’t lend themselves to neatly drawn districts.

“The shape of Maryland isn’t pleasing to the eye,” Wilson said. “It’s misshapen and out of proportion.”

House Majority Leader Eric G. Luedtke (D-Montgomery) urged lawmakers to reject Buckel’s amendment, and said that if Hogan and Republicans in the General Assembly oppose gerrymandering they should support the federal For The People Act, which would require nonpartisan redistricting commissions across the country. That legislation, sponsored by Maryland Rep. John P. Sarbanes (D), passed the U.S. House of Representatives earlier this year but has been blocked by Republicans in the Senate.

Luedtke noted that Hogan recently took credit for the bipartisan infrastructure bill that recently passed Congress and was signed into law by President Biden, and sarcastically wondered why Hogan wouldn’t do the same for the Sarbanes bill if he was so concerned about gerrymandering.

“If he’s that influential in the [U.S.] Senate I would urge him to call for the passage of the For the People Act,” Luedtke said.

“There’s definitely more Democrats than Republicans in the state of Maryland, but it’s not 7-1,” said Del. Matthew Morgan (R-St. Mary’s). He noted that after the 1990 Census, Maryland had a 4-4 partisan split in its congressional delegation, which moved to 6-2 in favor of Democrats following the 2000 Census.

The Maryland Citizens Redistricting Commission map minimizes county splits and received an “A” from the Princeton Gerrymandering Project, which evaluated the proposal based on geographical features, competitiveness and partisan fairness. The Legislative Redistricting Advisory Commission’s final proposed congressional map received an “F” based on those same criteria from analysts at Princeton. Luedtke questioned Princeton’s rating system during the floor debate because it doesn’t include Voting Rights Act compliance.

Buckel’s amendment was ultimately voted down, largely along partisan lines, 93-43. 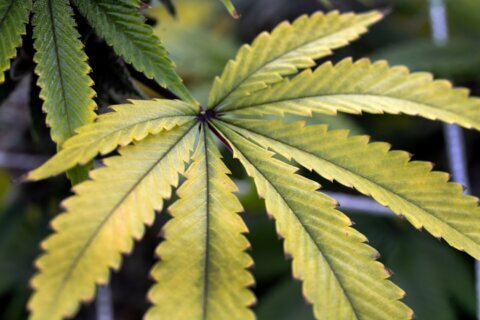 COVID postpones jury trials in Maryland until at least March 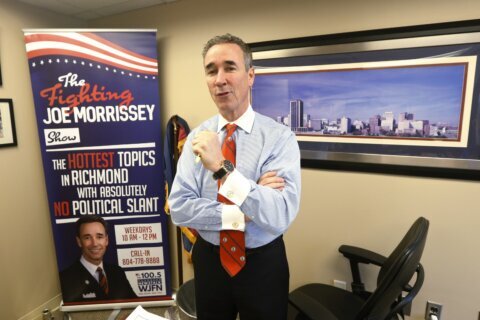