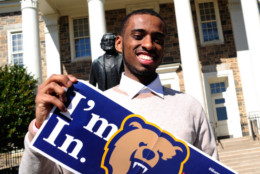 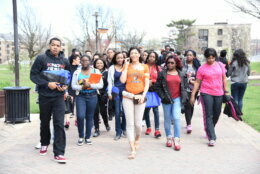 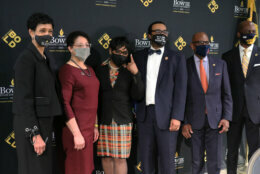 Morgan State University, one of Maryland’s historically Black colleges and universities, or HBCUs, expects to see the largest incoming class on record; and admissions officials cite a number of reasons for that.

More than 14,600 students applied to Morgan State for admission for the fall 2021 semester. That’s a nearly 59% increase in the number of applications received last year. Morgan State traditionally enrolls between 1,600 to 1,800 students each year.

She said the school had posted a message on the campus marquee that said, “Morgan State University — Where Black Lives Always Mattered.”

Turner said that message resonated on and off campus.

“It’s just so powerful,” she said. “Every time I see it, it kind of gives me chills.”

The death of George Floyd may have triggered broader action on equity, but Turner noted that Floyd’s death was one in a string deaths of Black Americans in police custody.

Turner said students are looking for a campus setting “that’s going to feel nurturing and welcoming. And so definitely, I think that’s playing a big role.”

But there’s another factor — what Turner calls the “Kamala Harris Effect.” Vice President Kamala Harris is a graduate of Howard University, a historically Black university in D.C.

“I think you’re seeing the Kamala Harris effect is real for all HBCUs,” Turner said.

While Harris has visited the Howard University campus and talked about her years at that school, Turner said it’s raised the profile of all HBCUs.

“She’s been very clear that she’s proud to be an HBCU graduate,” Turner said.

There are some other things that are making Maryland’s HBCUs, including Morgan State, attractive to prospective students — the passage of legislation that provides $577 million to HBCUs.

The legislation brings an end to a legal fight that started when HBCUs sued the state, alleging systemic inequity in funding and programming decisions that put the state’s four HBCUs at a disadvantage.

The money will roll out over a decade and allows the schools to enhance scholarships, programs and staffing. In the first year, Morgan state will get $24 million.

There’s also been an infusion of funding from high-profile donors.

“We’re one of the recipients of the MacKenzie Scott grant,” Turner said. “So we got $40 million from her, you know, we received a lot of visibility on that.”

Scott is a philanthropist and the former wife of Amazon founder Jeff Bezos.

Calvin Tyler, a philanthropist and alumnus of Morgan State, donated $20 million to the school.

Turner notes that the surge in applications is also representative of a trend that’s been noted at all colleges and universities. Today’s high school students tend to apply to a lot of schools — not just their dream campus and a few safety schools.

Turner believes the use of apps, such as Common Application, partly accounts for the bump in applicants that many schools are seeing. They allow students to apply to multiple schools more easily and affordably.

“Students and parents are very price-conscious, and they do want to make sure that they have options, and that they can see who’s offering them the best aid package,” Turner said.

It may also be a way to establish bragging rights, a bit of a social media “flex.”

Turner remembers one student who posted on her Facebook page that she had been admitted to Morgan State, the 30th school to which she has been admitted.