Less traffic last year amid pandemic-related closures did not translate into fewer traffic deaths on Maryland roads. In fact, there were more deadly crashes in Maryland in 2020 compared to the year before.
Listen now to WTOP News WTOP.com | Alexa | Google Home | WTOP App | 103.5 FM

Less traffic last year amid pandemic-related closures did not translate into fewer traffic deaths on Maryland roads. In fact, there were more deadly crashes in Maryland in 2020 compared to the year before.

Overall, despite fewer drivers on the road, a total of 569 people were killed on Maryland roadways last year — an increase of 6.4% — according to the Maryland Motor Vehicle Administration.

The increase in deadly crashes came even as average vehicle traffic volumes in Maryland dropped more than 50% in April of last year compared to 2019 — and they’re still down about 11%, according to state data.

“Not only did Maryland tragically lose thousands of lives in 2020 to COVID-19, but we lost an additional 569 lives from motor vehicle crashes,” Maryland Department of Transportation Secretary Greg Slater said in a news release.

“These losses are unnecessary and unacceptable. They represent men, women and children whose lives were cut short way too soon — our family members, friends, neighbors and co-workers. Simple actions such as slowing down, driving sober, putting the phone down and wearing a seat belt could have prevented these tragedies.”

There was also an increase in pedestrian and bicyclist fatalities. MDOT MVA Administrator Chrissy Nizer said in a news release it’s the same contributing factors every year: speed, distractions, impairment and lack of seat belt use.

The MVA’s Highway Safety Office recently launched a “Be the Driver Who Saves Lives” safety campaign. It focuses on being sober, slowing down, buckling up, staying focused, sharing the road and looking twice.

Local jurisdictions are encouraged to develop their own safety plans suited to each jurisdiction’s specific concerns.

In sharply worded letters, Franchot and Kagan spar over progress on 911 fee audits 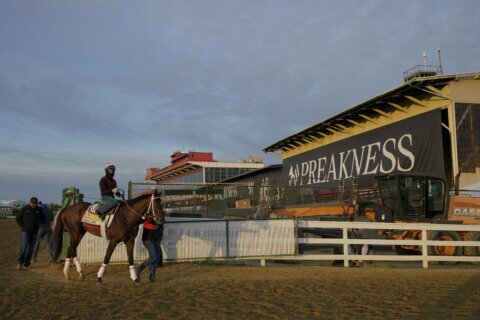 With another unusual running of the Preakness, neighborhood looks forward to revitalization