As the nation reacted following the verdict that declared former Minneapolis police officer Derek Chauvin guilty on all counts for the murder of George Floyd, Maryland lawmakers said that it isn’t enough and there’s more work to be done to prevent police brutality.

“There is never anything Just that comes from extrajudicial killings in the US,” tweeted Del. Julian Ivey (D-Prince George’s). “Mr. Floyd should still be here.”

There is never anything Just that comes from extrajudicial killings in the US.

Mr. Floyd should still be here.

Over the course of the General Assembly’s interim last year, Ivey tweeted pictures of the victims of police brutality every day for well over 100 days in a call for leadership to convene a special session to address police brutality.

But House and Senate lawmakers were hard at work crafting a sweeping police reform package that passed earlier this month and will go into effect without the approval of Gov. Lawrence J. Hogan Jr. (R).

“Accountability,” Senate President Bill Ferguson (D-Baltimore City) tweeted moments after the verdict was announced. “And yet, we still have so much work to do together to avoid having to hope for a just verdict in a future case. Most importantly, we need to do the work to implement the reforms that will stop injustice in the first place.”

And yet, we still have so much work to do together to avoid having to hope for a just verdict in a future case.

Most importantly, we need to do the work to implement the reforms that will stop injustice in the first place.

Lawmakers who championed the police reform package breathed a sigh of relief Tuesday, both in regards to the verdict and the possibility that their work could prevent other tragedies and quash doubts about officer accountability in future deaths.

She told Maryland Matters in a brief phone interview Tuesday following the jury’s decision that she had quietly predicted this among friends earlier in the day.

Based on the prosecution’s summary of the facts delivered during their closing argument, Carter felt like the case had been made.

“I have to think about this in connection with Maryland’s legislation we just passed,” she said, highlighting the use of force policy, specifically. “I think it would be clear [under this law] that the actions that Derek Chauvin” and the other officers that neglected to intervene took ”violated the use of force.”

“What we did here in Maryland and what we tried to do” regarding officer intervention and training “was preventative,” she told Maryland Matters. “All of these things are on the preventative side. The whole use of force statute … it’s preventative.”

Atterbeary said that Floyd’s murder was the “beginning of our legislative movement.” 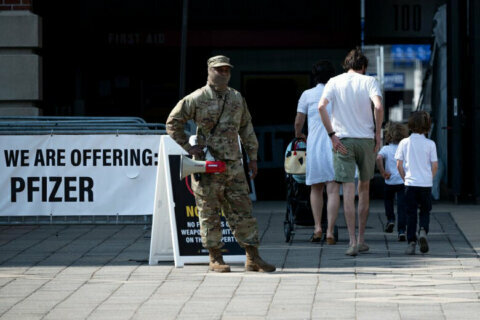