Maryland is on track toward reaching its Chesapeake Bay pollution reduction goals by 2025, but advocates say the state needs to plant more trees to address stormwater runoff from farms and land development.

The majority of the state’s pollution reduction has come from modifying wastewater treatment plants, while pollution from agriculture and urban and suburban storm water runoff remain relatively high, Alison Prost, vice president of environmental protection & restoration for the Chesapeake Bay Foundation, told members of the House of Delegates Environment & Transportation Committee Thursday. Sixty-four of 67 wastewater treatment plants in Maryland have been upgraded already, she said.

“In the future, we really don’t have a lot more to gain from wastewater treatment. Where the lion share of the opportunity is in agriculture,” Ann Pesiri Swanson, executive director of Chesapeake Bay Commission, told state lawmakers. “Agriculture is very, very challenging, requires a lot of technical assistance and a lot of cost-share as well.”

In 2010, the U.S. Environmental Protection Agency set the Chesapeake Bay Total Maximum Daily Load (TMDL) pollutant reduction target, which requires six Bay states and the District of Columbia to implement plans that would reduce nitrogen, phosphorus and sediment pollution into the Bay by 2025. The goal is not to have clean water by 2025, but to have all the proper practices that will deliver clean water by 2025.

Between 1985 and 2018, total nutrient pollution in the Bay declined by 83 million pounds. But to reach pollutant reduction goals by 2025, an additional 52 million pounds of pollution must be eliminated, according to Swanson.

Although the Conowingo Dam, a 90-year old hydroelectric dam in the lower Susquehanna River in Maryland, was expected to continue trapping nutrients and sediment behind the dam until 2025, water has been running over the dam and into the Chesapeake Bay, even in low-flow storms, Swanson explained.

“This is like new calories coming into the body and you’ve got to incorporate them into your diet,” Swanson said, causing Maryland’s share to reach the 2025 pollutant reduction goal to rise from 6.2 million pounds to 7.5 million pounds.

“The place you’re going to find those additional pounds remain [in] agriculture, storm water, [and] septic because for the most part, we’ve addressed wastewater,” Swanson said.

Since the Bay states began working toward their own pollution reduction goals, Pennsylvania — home to most of the Susquehanna, which empties into the the Chesapeake at the top of the Bay — has consistently lagged in meeting its goals. That led the Chesapeake Bay Foundation and other organizations to file a complaint in September against the EPA for failing to require Pennsylvania, as well as New York, to develop plans that sufficiently reduce pollution as required by the Chesapeake Clean Water Blueprint.

“Unless Pennsylvania gets on track, we’re going to have a tough time meeting 2025,” Prost said.

Advocates also talked about the realities of climate change and impacts it will have on Maryland’s 2025 pollution reduction goals. Warmer water temperatures cause oxygen levels decrease which could expand the Bay’s dead zone areas, Prost said.

To start addressing that impact, Maryland’s legislature could push the Maryland Department of the Environment to update its permits to account for climate change. Currently, MDE’s calculations for storm water runoff are based on numbers from 15 years ago, Prost said. As storms are expected to get stronger and cause more flash flooding in the near future, there need to be stronger controls to prevent runoff from construction, Prost said.

It is important that the state have a multi-pronged approach and invest in strategies that address climate change, flooding and water quality together, rather than focus on water quality alone, advocates said.

The state should focus on planting trees as part of the climate solutions bill, Prost said. Not only can trees slow and strain storm water runoff into the Chesapeake Bay, but they can also capture and store carbon dioxide, reducing it in the air.

“The reality is for water quality, for climate, for community resilience, trees is where the investment needs to go,” Prost said. “It’ll help us meet our watershed improvement plan goals, and if we invest more in trees it’s going to help us with those additional pounds that Maryland now needs to find related to climate change.” 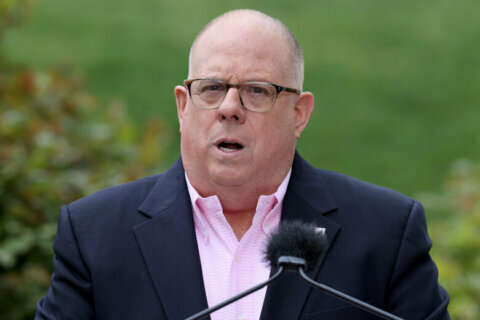 Maryland’s governor to have surgery to remove skin cancer