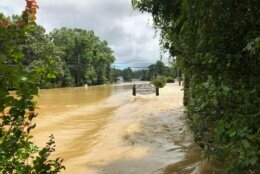 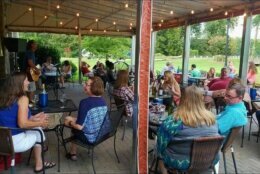 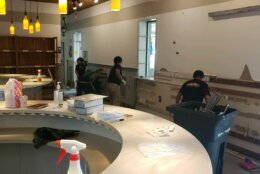 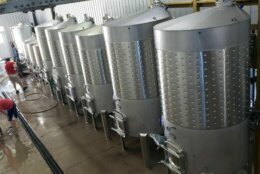 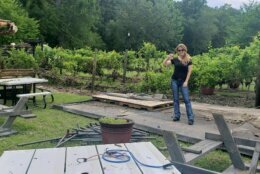 Parts of St. Mary’s County, Maryland, are still picking up the pieces after Isaias.

“We have probably close to 40 acres total. We are usually packed, open seven days a week, before COVID, of course,” said winemaker Lauren Zimmerman.

Isaias made landfall Aug. 3 as a hurricane in North Carolina; it was downgraded to a tropical storm as it moved up the East Coast, still causing heavy damage and some deaths. The National Weather Service confirmed the storm spawned at least nine tornadoes in Maryland.

Port of Leonardtown Winery opened in 2010. But today, Zimmerman isn’t serving wine; she’s working alongside her team to clean up the damage.

Refrigerator trucks are now stocked outside the building with wine, all of which was saved. But their newly renovated building — which Zimmerman recently learned wasn’t covered by flood insurance — took a major hit.

The Macintosh River next door overflowed, completely covering their property. “It’s pretty heartbreaking. It was flooding so fast; it was 4 feet or so in our shed,” she said.

The tasting room is now going through a gut renovation, and piles of debris line the property.

The business that recently won best wine in the Governor’s Cup Competition is now just trying to get back on its feet.

But, Zimmerman said, they hope to reopen within a month or so. “We’ll be right back to normal, maybe even better,” she said.