Two people suspected of stealing TVs and a carpet cleaner from a St. Mary's County, Maryland, Walmart and then leading police on a 13-mile chase in a U-Haul truck have been arrested and charged with theft, police said Friday.
Listen now to WTOP News WTOP.com | Alexa | Google Home | WTOP App | 103.5 FM

Two people suspected of stealing TVs and a carpet cleaner from a St. Mary’s County, Maryland, Walmart and then leading police on a 13-mile chase in a U-Haul truck have been arrested and charged with theft, police said Friday.

The Maryland State Police identified the suspects as Angelo B. Clinkscales, 48, of Landover, Maryland; and Arnise A. Hart, 52, of Lanham, Maryland. They both have been charged with two counts of theft over $1,500 and one count of theft scheme.

A third suspect, a 51-year-old woman from Lanham, Maryland, was not identified. Police said they expect to charge her after she is released from the hospital, where she was taken for an examination at her request.

State troopers said they were alerted to the reported theft of TVs from the Walmart on Miramar Way in California, Maryland, just before 11 a.m. Thursday. Troopers were told the suspects fled in a U-Haul box truck with Arizona tags.

When a trooper spotted the truck on Route 235 and attempted to make a stop, the U-Haul sped off, which led to a police pursuit, authorities said. The chase lasted about 13 miles and involved a St. Mary’s County Sheriff’s Office deputy deploying “stop sticks,” which deflated two of the truck’s tires.

The chase ended when the truck hit an embankment, police said.

Inside the truck, troopers found two large-screen televisions and a carpet cleaner, valued at more than $2,200, which were confirmed to have been stolen from the Walmart. Authorities also found four generators, valued at $2,800, that were found to be stolen from a nearby Lowe’s store.

Police also learned the U-Haul truck was listed by the company as “overdue,” but had not been reported stolen. 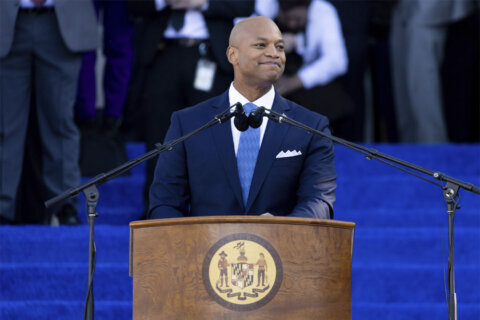 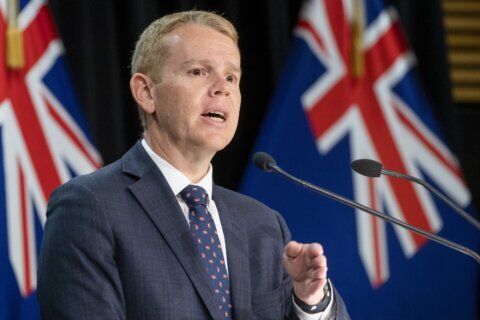