One would have been operated by Georgetown University and the other would have supplied power to Southern Maryland Electric Cooperative (SMECO), the local utility.

In both cases, Grumbles determined that the projects could harm area waters and wetlands. Specifically, he denied a wetlands and waterways application for the proposed Georgetown solar array — known as the Shugart Valley project — and found that the proposed solar installation for SMECO, known as the Ripley Road project, does not satisfy water quality-related conditions set forth by the Public Service Commission, which regulates utilities.

“While Maryland strongly supports the increased use of clean and renewable energy sources, these two proposed projects would harm the nearby high-quality stream in Charles County and threaten our continued restoration progress in the Chesapeake Bay watershed,” Grumbles said in a statement. “This is an unacceptable trade-off for the environmental benefits of clean energy.”

Both projects, located a few miles from each other near Nanjemoy in southwestern Charles County, were to be developed by Origis Energy, a solar power and energy storage company based in Miami, Fla. Both generated significant controversy in the community — particularly the Shugart Valley project, which would have required the clearing of more than 200 acres of forestland.

Georgetown administrators had planned to use the solar array to help meet the university’s goal of using 50 percent renewable energy by 2020, and estimated that the project could generate almost half the energy required to power its main campus. SMECO was also looking to the project to boost its portfolio of renewable energy.

The Chesapeake Bay Foundation hailed the Maryland Department of the Environment’s decision to stymie the solar projects. Just a day earlier, the environmental group issued a statement reiterating its opposition to the Shugart Valley project, and several Southern Maryland conservation groups had been fighting it for months.

The proposed site is next to a high-quality, environmentally sensitive stream — Ward’s Run — that drains into the Potomac River and ultimately the Chesapeake Bay.

The bay foundation had argued that there are better sites where Georgetown University could build the project — such as on retired farmland, brownfields, rooftops, or parking lots.

“We hope Maryland’s decision today will set a precedent that ensures we don’t have to choose between renewable energy and clean water,” said Alison Prost, the CBF’s Maryland executive director. “Georgetown University’s efforts to expand their use of solar energy is admirable, but clean energy should never require clearing high quality forests.”

Representatives for Georgetown and Origis did not respond to texts or emails seeking comment on Wednesday evening.

Grumbles’ decision illustrates the dilemma policymakers may increasingly face as they scramble to meet ambitious renewable energy mandates. Siting of large clean energy installations — like solar arrays or wind turbines — is often controversial, and occasionally pits competing environmental imperatives against one another.

Gov. Lawrence J. Hogan Jr. (R) issued an executive order on clean energy earlier this month that, among other things, set up a task force to examine where large renewable projects ought to be sited.

Earlier this year, Hogan said he would push for the state to hit 100 percent renewable energy use by 2040.

“Maryland will continue to be a leader on clean and renewable energy that makes sense for our local communities and environment,” Grumbles said Wednesday.

But Hogan has signaled that he will count nuclear energy and hydropower — controversial fuel sources to many environmental groups — as part of the state’s renewable energy portfolio. 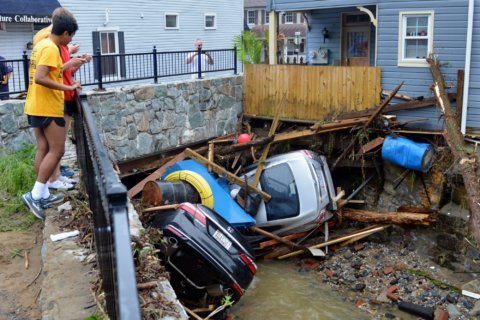 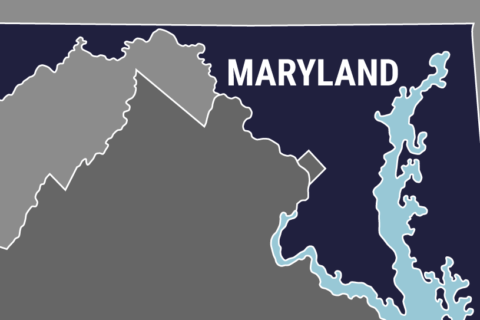