“When I say it’s a priority — making it the No. 1 bill — it definitely is,” said Jones, without hesitation.

Seated in her office in the State House in Annapolis, Jones, the first African-American woman to be elected to the speakership, told WTOP that means the education bill will come with the tag “HB 1” for House bill No. 1.

Jones sat on the Kirwan Commission, which spent two years researching recommendations for the bill that would eventually pass in the General Assembly as the “Blueprint for Maryland’s Future.” The plan is named for William “Brit” Kirwan, former chancellor of Maryland’s state university system.

The bill passed without Gov. Larry Hogan’s signature. Hogan expressed “significant reservations” about the plan, citing the cost and what he felt were a lack of “fiscal safeguards.”

When fully implemented over the course of a decade, projections put the annual cost of Kirwan at $3.8 billion a year.

Jones also said she views a $2.2 billion school construction funding plan as a priority. That funding would be phased in over a decade.

“We are making great progress,” Jones said. She addressed school systems where buildings don’t have adequate air conditioning or heat.

“That’s why we’re putting the funding in to make sure that all our schools are taken care of in terms of air conditioning in the summer and heat in the winter.”

Jones was elected to the House Speaker post in May after the death of Speaker Michael Busch, who had served as House Speaker for decades. Since becoming Speaker, Jones said she has had a message for lawmakers: unite.

The next Maryland General Assembly session begins in January 2020. 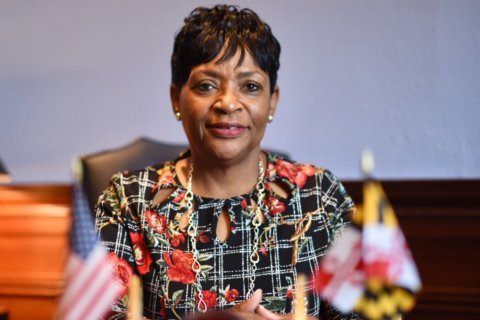