The Maryland woman who went missing in Hawaii on May 8 while out jogging on a hiking trail has been found alive.

The Maryland woman who went missing in Hawaii on May 8 while out jogging on a hiking trail has been found alive.

A Facebook page dedicated to finding 35-year-old Amanda Eller said in a post that she was discovered deep in a creek bed between two waterfalls. She was slightly injured and is being evacuated, the post added.

Eller was spotted by a helicopter crew Friday afternoon. Chris Berquist was a part of the search team on the private aircraft that Eller’s family hired.

“She was very alert, she knew her father’s phone number she knew who she was where she was, exactly how long she had been out there, very surprised to see us,” Berquist said.

Greg Hoxsie, a drone pilot, was among the hundreds of volunteers helping in the search for Eller. He said the area where Eller was found is dense and hard to navigate.

“A lot of that area is kind of on the edge of the rainforest, so it gets wet and cold at night, so it would take a strong person like her to survive,” Hoxsie said. “That it’s not an easy environment.”

Eller, who is from Mechanicsville and graduated from the University of Maryland Eastern Shore, was last seen along a trail in the Makawao Forest Reserve, which is about 12 miles from her home in Haiku on the Hawaii island of Maui.

Her SUV and all her belongings, including her cellphone, were found at a parking lot near the forest.

Friend Sarah Haynes said a package delivered to her parents’ home in North Carolina was sent by Eller on the day she disappeared. Her family had offered a $50,000 reward for information on her disappearance. 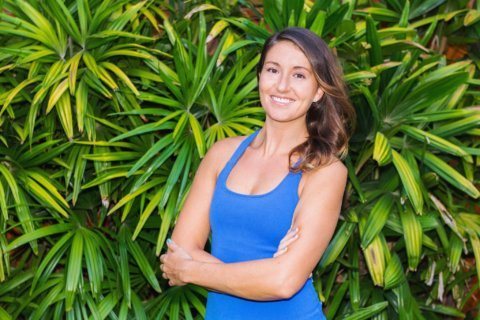