The two chambers of the Maryland General Assembly are taking dramatically different approaches to a top priority for Democrats — the creation of a new board to rein in skyrocketing prescription drug costs.

The House of Delegates continues to push the original proposal advanced by health reform advocates, the establishment of a Prescription Drug Affordability Board with the power to set “upper payment limits” — what some call price caps — on drugs that meet certain criteria. It would apply only to state and local government employees.

The Senate version of the bill, as amended by the Finance Committee, creates an advisory board with the power to study the issue and report back to the General Assembly at the end of 2020.

Sen. Clarence K. Lam (D-Howard), a co-sponsor of the original measure, expressed concern when the committee’s many amendments were described during floor debate Thursday.

“As I was campaigning last year, one of the main issues that a lot of folks brought up, particularly seniors, was the rising cost of prescription drugs,” the freshman lawmaker said. “Prescription drug costs are going up.”

The Senate version would have the board focus on why the cost of prescription drug medications is on the rise — and what role manufacturers, pharmacy benefits managers and others play in determining the price consumers see at the drug counter.

“Let’s let the board convene, do their due diligence, and look at upper payment limits and some of the things that are going on in other states … and come back to us by Dec. 31, 2020,” said Sen. Brian J. Feldman (D-Montgomery), co-chairman of Senate Finance and lead sponsor of the bill. “They may well conclude that upper payment limits is the way to go. They may conclude that there are some other options.”

In 2017, Maryland lawmakers passed a bill that sought to rein in the price of generic drugs, only to see it struck down in court a year later. Feldman acknowledged a bit of a hangover from that experience.

“In all candor, we got burned by the Fourth Circuit and the Supreme Court, so we’re going to take a slightly more methodical approach here,” he said during floor debate.

The Senate version of the bill would give the new prescription drug affordability board the power to enter confidential information-sharing agreements with other states.

“So long as nothing is happening on Capitol Hill, the states need to collaborate, work together,” Feldman said. “And I think this is one [issue] where a lot of states can do some information-sharing.”

He noted that under the original version of the bill, the board would not be in a position to set upper-payment limits on drugs deemed too expensive until July 1, 2021. The Senate bill essentially preserves that timetable, he said.

Vincent DeMarco, head of the Maryland Citizens’ Health Initiative, is trying to convince the Senate to restore the bill to its roots.

“We’ve made it clear to everyone that we prefer the House bill,” he said. “But it’s a negotiation.”

The House of Delegates voted 112-22 to send Senate Bill 1030 back to the Senate chamber — with an amendment that had been briefly considered a day earlier.

The provision would give a 1.5 percent state match to local school systems that provide a 3 percent salary increase to teachers. Cassilly’s amendment would extend the salary increase provision to all school workers who are not administrators and are part of a bargaining unit with teachers.

When a similar amendment was considered by the House Ways and Means Committee, some lawmakers expressed concern that it might be too costly and wouldn’t be accepted by the Senate. Education Subcommittee Chair Eric Luedtke (D-Montgomery) said he believed the Senate would now accept the amendment and other concerns had been addressed.

The Senate agreed to House amendments on a bill that would increase transparency at the University System of Maryland Board of Regents, which has come under scrutiny after personnel shuffling and a lack of openness about decision-making as the board grappled last fall with the death of University of Maryland football player Jordan McNair.

More recently, lawmakers also have been concerned about an email sent by Chancellor Robert Caret in 2017 to officials at other universities promoting branded bracelets produced by the Pandora jewelry company, which has an American headquarters in Baltimore; a university employee received an unsatisfactory performance review after questioning the ethics of the message.

The bill, which passed both chambers unanimously, would require time for public testimony at all meetings of the board, livestreaming of meetings, public vote tallies for decisions made in open and in closed board sessions, and require any votes relating to employment or termination of university presidents or the chancellor to be held in an open meeting.

House amendments to the bill, sponsored by Del. Benjamin S. Barnes (D-Prince George’s) and Sen. Sarah K. Elfreth (D-Anne Arundel), also require the board to annually review the financial disclosure statements of the chancellor and university presidents and to notify the governor and General Assembly 30 days before a salary increase, severance package or financial bonus for the chancellor takes effect.

“Do you think that’s directed at any one individual?” Senate President Thomas V. Mike Miller Jr. (D-Calvert) chuckled after the House amendments were explained on the floor Thursday morning. “Everybody understand that last amendment? Wow.”

The House of Delegates also voted 108-30 to pass a bill that would require each college in the state to develop and adopt a written policy for receiving and addressing student concerns about the institution’s athletic programs by Oct. 1.

Each institution will have to forward an annual report to the Maryland Higher Education Commission about the number of students who shared concerns under the policy during the previous year; lawmakers also would receive a copy of the report.

The General Assembly has become the first legislature in the country to pass a bill that would reject federal Title X funds.

Proponents say the bill will ensure that anyone who cannot afford insurance or does not qualify for Medicaid will have the same health care as everyone with private insurance or Medicaid. Opponents argued that the federal Title X program has been used to subsidize abortion providers, which the state funding would now do.

The House voted in favor of Senate amendments Thursday evening.

Maryland is among a dozen states that have filed a lawsuit challenging the proposed rule. The bill now heads to the governor’s desk.

The House of Delegates voted 87-47 to abolish the state’s Handgun Permit Review Board, which has come under scrutiny for the panel’s propensity to overturn Maryland State Police decisions on whether to grant or restrict concealed carry gun permits.

The bill would send appeals of Maryland State Police decisions directly to the Office of Administrative Hearings. An emergency piece of legislation, it would take effect immediately if allowed to pass into law by Gov. Lawrence J. Hogan Jr. (R). Earlier this legislative session, the Senate voted down three of Hogan’s nominees to the five-member board.

Senators will soon consider another change to collection of online sales taxes in the state.

The House of Delegates voted 106-32 to pass a bill requiring marketplace facilitators — companies such as Etsy and eBay that connect buyers with third-party sellers — to remit state sales tax. Taxes have always been due to the state for sales on such websites, but in-state buyers were supposed to pay separately and compliance has been low.

The House version of the bill includes an additional provision to apply the same change to online sellers of tobacco products like premium cigars. That provision is not expected to generate much revenue and was viewed by supporters as a cleanup provision.

As a result of the bill and the Blueprint bill, all online sales tax revenues collected by the state over $100 million would go to education reform funding.

Republicans in the House chamber voted against the bill. Minority Whip Kathy Szeliga (R-Baltimore County) said before the vote that “the plain reading of this is that it is a tax,” and reminded colleagues that many had signed no-tax pledges during the election.

The bill goes to the Senate for reconciliation. 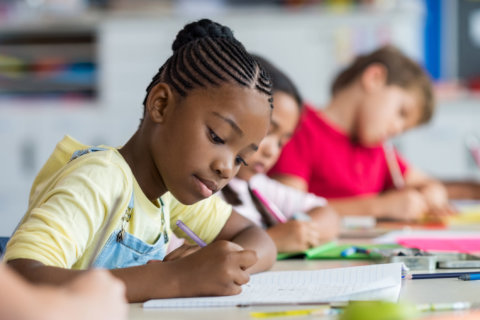