The Transportation Climate Accountability Act of 2019 would require a comprehensive study of the anticipated greenhouse gas emissions and air pollution of any state-funded highway project or a project being built through a public-private partnership.
Listen now to WTOP News WTOP.com | Alexa | Google Home | WTOP App | 103.5 FM

Del.-elect Vaughn Stewart (D-Montgomery) plans to introduce a bill he’s calling the Transportation Climate Accountability Act of 2019. It would require a comprehensive study of the anticipated greenhouse gas emissions and air pollution of any state-funded highway project or a project being built through a public-private partnership.

The goal, Stewart said, would be to ensure both that ambient air quality standards for ozone would not be exceeded and that the project would allow the state to reduce its greenhouse gas emissions 40 percent by 2030, as laid out by the state’s Greenhouse Gas Reduction Act of 2016.

Stewart said he was moved to act by the most recent United Nations reports on climate change, which have come with dire warnings about the warning of the planet. It was “another reminder that we must act swiftly and boldly to address climate change,” he said. “And the transportation sector generates the largest share of greenhouse gas emissions.”

Stewart’s legislation may have global origins but it comes accompanied with state political overtones. It would clearly take aim at Hogan’s nascent plans to widen the Capital Beltway, Interstate 270 and the Baltimore-Washington Parkway.

Hogan has suggested that the roads could be widened through a public-private partnership that relies on revenues from optional toll lanes to pay for the projects.

The Maryland Board of Public Works last month approved a $90 million contract to begin the process of expanding I-270 and the Beltway. Four separate companies are getting funding to study the planning, final design and construction of the added capacity to the two major highways – though final approval is a long way off.

“The intent is certainly to include Gov. Hogan’s proposal for I-270 and the Beltway, but also to create a statewide standard for future projects,” Stewart said. “After all, what’s the point of setting greenhouse gas emissions goals if we don’t even assess transportation projects for their GHG impact?”

During the Board of Public Works meeting last month, Hogan told critics of the proposed highway expansion that widening the interstates would ease traffic congestion, which in turn would reduce greenhouse gas emissions. Free-flowing traffic, he said, is far less polluting than cars stalled in traffic.

Stewart’s forthcoming measure isn’t the only piece of legislation that could complicate Hogan’s desire to widen the interstates.

State Del. Alfred C. Carr Jr. (D) has introduced a local bill that would require state officials to get the county’s approval before they can build a toll road through Montgomery County. The county’s House delegation has yet to vote on the measure. 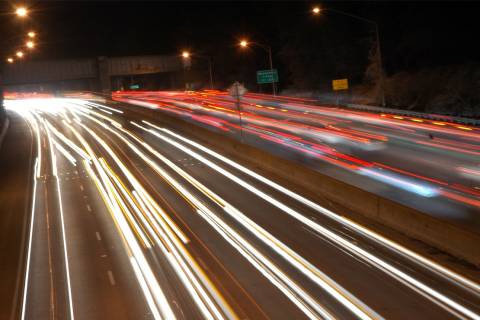