WASHINGTON — Leaders from six states will meet Tuesday in Baltimore to discuss improving the health of the Chesapeake Bay watershed, and Maryland Gov. Larry Hogan will be urging other states to do more.

Gov. Larry Hogan, the current chair of the Chesapeake Executive Council, said he’ll use part of Tuesday’s meeting to press other states to “step up” their efforts to cut pollution that affects the Bay.

Hogan has been increasingly critical of Maryland’s neighbors to the north over the condition of the Bay watershed. Speaking to reporters last week after addressing the Economic Club of Washington, Hogan said, “I’m sure we’ll be having some frank discussions about who can do more” to clean up the bay.

“We have done our part,” he said, referring to Maryland’s efforts, “but other people need to step up.”

“We have to have the upstream states and the EPA take some responsibility for the stuff that’s pouring down the Susquehanna [River] over the Conowingo [Dam] into the Bay,” he said.

The Hogan administration released a letter Monday from two state agency heads to the CEO of Exelon Corp., Christopher Crane, urging the dam’s operator to do more in dealing with runoff and sediment that flows over the dam into the Susquehanna.

Noting that Exelon is seeking a federal license to continue operating the dam for a period of 50 years, Grumbles and Belton called on Exelon to do more, writing, “This is a critical moment requiring all hands on deck.”

Pollutants from the Susquehanna have a serious impact on the health of the Chesapeake Bay, said Beth McGee, director of science and agricultural policy for the Chesapeake Bay Foundation. But the source of the trouble, she said, isn’t just the dam itself, but the largely agricultural runoff that runs into the river north of the dam.

“When you look at, baywide, loads of pollution by major basins,” McGee said “the Susquehanna on average contributes somewhere between say 40 to 50 percent of the pollution loads in an average year.”

Recently, at a Board of Public Works meeting in Annapolis, the governor took New York and Pennsylvania to task over what he said is their failure to reduce pollution streaming into the Bay from the Susquehanna. That criticism led Pennsylvania officials to fire back, saying Maryland had missed some of the agreed-upon goals for Bay restoration, including controlling runoff from suburban and urban areas in the state.

The Chesapeake Bay Foundation agrees that Pennsylvania needs to do more to cut agricultural runoff, McGee said, but there are challenges to meeting that goal.

“There are something like 30,000 small farms within Pennsylvania’s part of the Bay watershed,” she said.

Maryland has roughly half that many farms in the watershed, McGee added.

One of the things the foundation would like to come out of Tuesday’s meeting is some funding for Pennsylvania to mitigate runoff. McGee suggested that funding could come out of the draft permit that Maryland is working on with Exelon.

The Chesapeake Executive Council includes the governors of the six bay watershed states, the administrator of the Environmental Protection Agency and the mayor of the District of Columbia. The watershed covers 64,000 square miles and includes Delaware, Maryland, New York, Pennsylvania, Virginia and West Virginia. 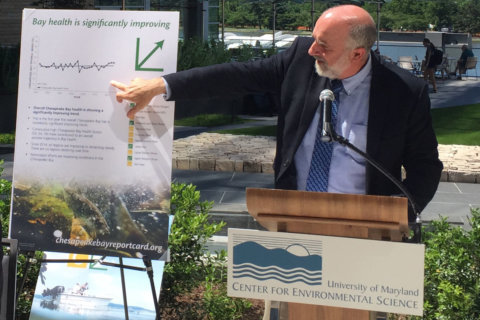 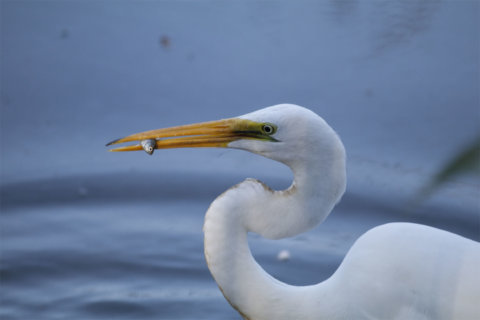