WASHINGTON — A locker room assault of a student at a Queen Anne’s County high school was recorded and shared on social media; it’s now the subject of a criminal investigation.

A video of the assault depicts at least two students holding another student down on the floor of the locker room, while others drop their pants and put their genitals in the victim’s face, according to investigators and a representative from the school system who have seen it.

Investigators are still working to identify everyone in the video. The incident allegedly took place on April 13 at Kent Island High School in Stevensville, Maryland. The video of the assault was shared with investigators by a private citizen on Sunday, when the county’s sheriff’s office launched its investigation.

No charges have been filed yet; state’s attorney Lance Richardson confirms he has yet to receive the case. Investigators are working to determine how many students may be culpable.

“There were multiple people that were present during this assault, some of which we’ve identified, some of which we are attempting to identify. These folks would be categorized as witnesses, persons of interest, and suspects,” said Deputy Joe Saboury with the Queen Anne’s County Sheriff’s Office.

Based on this incident, Superintendent Andrea Kane announced Friday that the school’s junior varsity men’s lacrosse team’s 2018 season is canceled, including the game scheduled Friday afternoon.

“While not all junior varsity men’s lacrosse players were involved in the incident, a significant number were actively or passively engaged in highly inexcusable behavior,” the school system said in a statement Friday.

In an earlier letter to the community, Kane said that the school launched its own investigation into the incident, but Board of Education spokesman Jeff Straight said it cannot share the suspension status of the students involved.

“Amid the myriad social media posts, emails and opinions regarding this incident, please understand that this office does not condone unacceptable behavior demonstrated by students or employees. Acts of bullying, harassment, intimidation or hazing will receive the appropriate consequence as guided by district policy,” Kane said in the letter.

“This is a very, very sensitive and complex investigation … We want to take our time with this and gather the facts through investigation, and at that time, our findings will be turned over to our state’s attorney,” Saboury said.

It’s still not known if the incident meets the requirements set by Maryland law to classify the crime as a sex offense or sexual assault. For now, the investigation is classified as an assault.

Saboury said there is no mention of this being an incident of hazing by any party, including on the video or by investigators. 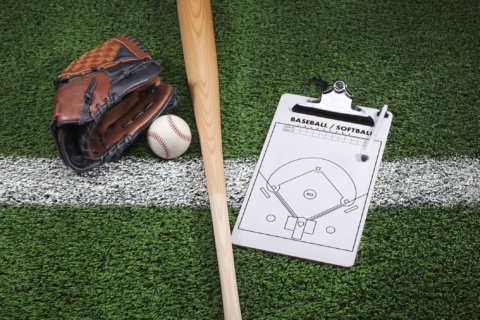