As Maryland lawmakers consider a bill to arm teachers, the legislation is raising eyebrows in Annapolis and getting pushback from the governor, educators and students.
Listen now to WTOP News WTOP.com | Alexa | Google Home | WTOP App | 103.5 FM

ANNAPOLIS, Md. — As Maryland lawmakers consider a bill to arm teachers, the legislation is raising eyebrows in Annapolis and getting pushback from the governor.

The teen said she woke up to a text from a friend asking whether she was going to school, given that a threat was received. Arnold said it should not have been the first text she received on her 16th birthday.

“Instead of feeling like you have a safe space there, and that you can have the warmth and security of being at school and being with friends and a teacher … what’s happening now is a potential shooter could happen,” said Jack Arnold.

“It would allow local school boards to have the option whether they want to have certain school personnel to armed to protect our children,” Impallaria told reporters.

“The bottom line with active killings are the timeline. We don’t have the time to get our outside, traditional first responders to the building before too many of our children die,” said Jim Irvine, with Faster Saves Lives, at a news conference explaining the need for training educators in using firearms. 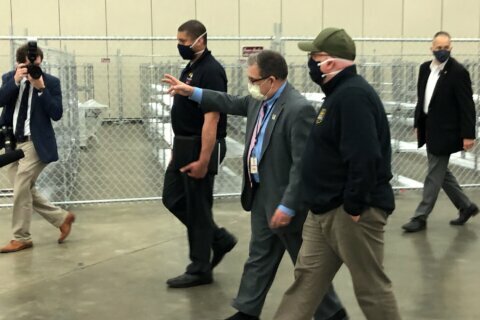