At a news conference announcing his plans to put $125 million toward improving building safety at Maryland schools, Hogan said Wednesday, “Classrooms should never be a place of fear for our children, and no mom or dad should ever have to worry when they send their kids off to school in the morning, whether their son or daughter is going to have to come home safely.”

Hogan’s proposal is intended to shore up school safety by securing doors and windows, adding metal detectors at entrances and panic buttons in interiors, for example.

The governor is also submitting emergency legislation designed to put additional safety measures in place. “We will require every school system in Maryland to conduct a mandatory annual school-by-school safety assessment,” he said.

According to Hogan, the plan would also include “a specific plan to address behavioral threats as well as a plan of action in the event of an emergency.”

Hogan referred to the recent case of a Montgomery County student who was arrested after reportedly bringing a firearm to Clarksburg High School on numerous occasions. The governor credited coordination between the school and law enforcement in making the arrest.

“Great work is already being done to insure the safety of Maryland’s students, our teachers and our schools. In many ways, our state is ahead of the curve,” he said.

Hogan, a Republican who is running for re-election, is at odds with the National Rifle Association over the issue of bump stocks.

When asked about the NRA’s position that bump stocks should be regulated by the Bureau of Alcohol, Tobacco, Firearms and Explosives, Hogan told reporters, “Obviously, they have a right to weigh in with their opinion,” and added, “I think the president — who I don’t always agree with — said the other day he didn’t care what the NRA says, he was going to push for getting rid of bump stocks at the federal level.”

Hogan said he would support bills currently under consideration in Annapolis that would strengthen and clarify laws regarding access to firearms by anyone convicted of domestic violence. Hogan referred to the recent shooting death of Prince George’s County police Sgt. Mujahid Ramzziddin, who defended a woman involved in a domestic dispute when he was killed.

Hogan said Maryland already has some of the toughest gun restrictions in place: He referred to the ban on assault-style weapons enacted before he was elected. 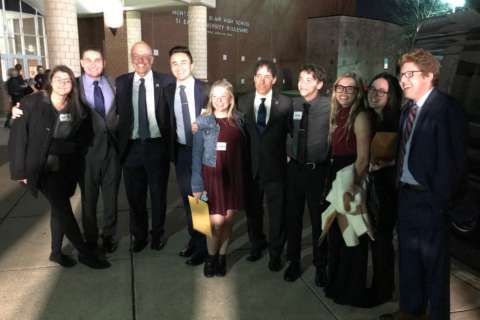 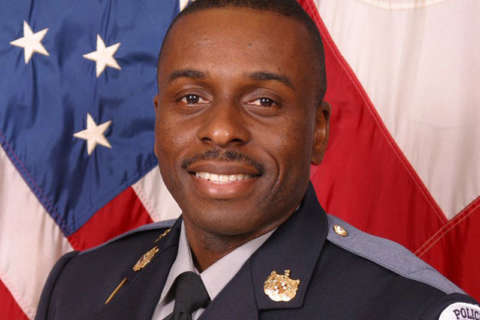 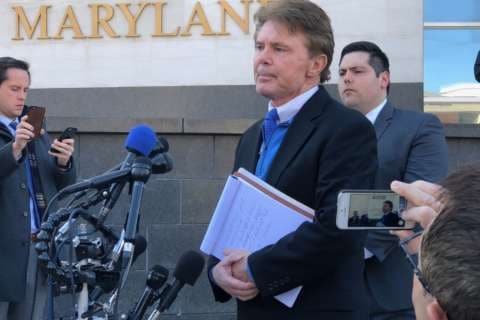