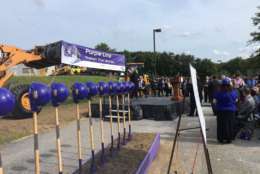 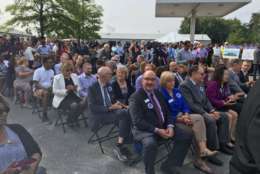 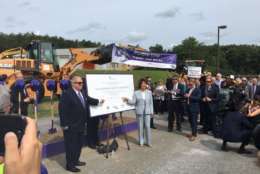 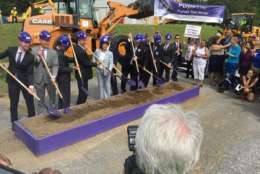 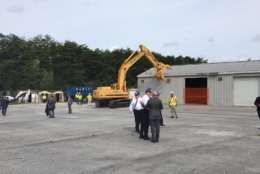 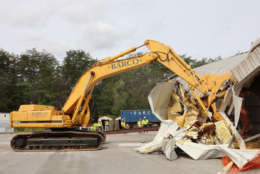 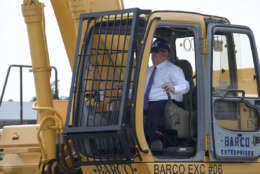 HYATTSVILLE, Md. — Major construction on the Purple Line began with a bang Monday in Hyattsville, Maryland, after years of wrangling over the 16-mile, 21-stop light-rail project.

After a ceremonial signing of a $900 million federal funding agreement with U. S. Transportation Secretary Elaine Chao, Maryland Gov. Larry Hogan got behind the controls of a large claw excavator to help rip down a large metal structure at the future home of the Purple Line Operations Center.

While Hogan touted the economic and transportation benefits for the state from the $2 billion public-private project, he required Montgomery and Prince George’s counties to contribute additional funding to move the project forward.

Construction is scheduled to take about five years. It is not yet clear whether the delays due to unfinished court fights will push back opening beyond the scheduled date of 2022, Rahn said.

With legal fight still raging, work picks up on the Purple Line