The Maryland man charged with killing his estranged wife, and murdering two strangers during a May 2016 manhunt is expected to plead guilty next week.
Listen now to WTOP News WTOP.com | Alexa | Google Home | WTOP App | 103.5 FM

WASHINGTON — The Maryland man charged with killing his estranged wife, and murdering two strangers during a May 2016 manhunt is expected to plead guilty next week, according to court records.

Eulalio Tordil, a former Federal Protective Service officer, is due Tuesday in Montgomery County Circuit Court for a plea hearing.

On May 6, 2016 — the day after Tordil allegedly shot his estranged wife, Gladys, as she waited to pick up her daughter at high school — Tordil shot two good Samaritans who attempted to help a woman in the parking lot of Westfield Montgomery Mall, as he tried to steal her vehicle. Malcolm Winffel died; the woman and other man were injured.

Later that morning, Tordil shot and killed Claudina Molina as he tried to steal her SUV outside Giant Food on Connecticut Avenue in Aspen Hill.

As part of the plea agreement, Tordil will be sentenced to life in prison, although the judge would have the latitude to impose the possibility of parole.

The guilty pleas for shooting strangers in Montgomery County would not affect Tordil’s future prosecution for murdering his estranged wife, in Prince George’s County, where he has been charged, but not indicted.

At the time of the killings, Gladys Tordil had obtained a restraining order against her husband.

The Post reports that after the restraining order was filed, Tordil surrendered six weapons to police, but kept a .40-caliber Glock handgun he used in the crimes.

Tordil had become despondent after being suspended from work, and told a colleague he planned to run his car off a bridge, according to prosecutors. 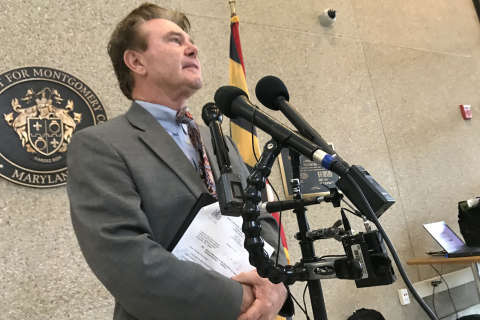 In Md. shooting spree case, suspect’s words may not be admissible