Holidays: Where to see holiday lights | Santa's back with inflation, inclusion on his mind | 4 ways to limit your holiday debt | Inflation 'definitely a guest' at holiday celebrations this year
Home » Maryland News » Gov. Hogan threatens to… 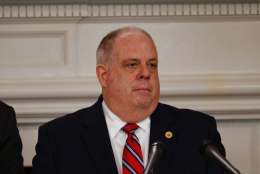 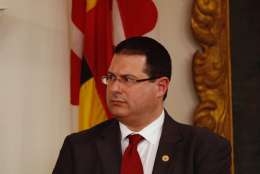 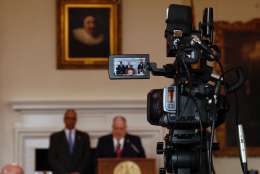 “If either of these job-killing bills reaches my desk, they are dead on arrival,” Hogan told reporters in a news conference. “I will veto them immediately, because they will simply kill businesses and jobs.”

Hours after the Maryland Senate passed a version of one proposal, Hogan slammed the lawmakers’ versions, calling them partisan attempts “to put points on the board to use against me in a campaign.”

He also complained that his own version — which included tax incentives for companies with fewer than 49 employees — is stalled.

“We proposed a fair, balanced, bipartisan, common-sense measure to expand sick leave while also making sure that we didn’t crush small businesses and kill jobs,” the governor said. “Sadly, that bill hasn’t even moved out of committee.”

The Senate version of the paid sick leave bill had been tweaked during Wednesday’s session to cut the number of sick days allowed to five rather than the originally proposed seven.

It had also been amended to allow seasonal workers to earn paid sick time, but only once they’ve put in 106 days on the job.

In a statement, it said that one of the bills under consideration, the Healthy Working Families Act, is “the result of five years of compromise, deliberation and input from Maryland businesses, health professionals, community members and working families whose lives would be forever changed for the better.”