Crunch time in Annapolis: How are Md. bills, appointments faring?

The 90-day lawmaking session ends April 10 for the Maryland General Assembly. Monday was "Crossover Day," when bills that made it through one chamber head to the opposite chamber for further consideration.
Listen now to WTOP News WTOP.com | Alexa | Google Home | WTOP App | 103.5 FM

The 90-day lawmaking session ends April 10 and Monday was “Crossover Day,” when bills that made it through one chamber head to the opposite chamber for further consideration.

One of the bills that moved ahead on Monday was HB 1362, which limits the circumstances under which local law enforcement officials could participate in federal immigration enforcement. The bill passed 83-55 and moves on to the Senate.

Proponents said the bill was designed to restore trust among immigrant communities, who they say will be less willing to work with law enforcement in fighting crime in their communities for fear of exposure of their legal status.

As they prepared for evening floor sessions, members of a Senate committee that votes on executive appointments held a hearing on the nomination of Dennis Schrader, Hogan’s pick to lead the Department of Health and Mental Hygiene. Hogan has complained that lawmakers were holding up a vote on Schrader’s appointment for political purposes.

Addressing Schrader at Monday’s hearing, Senate President Mike Miller said that a member of Hogan’s staff told him “that there would be serious consequences” if the committee didn’t vote on Schrader’s appointment that night.

Miller, a Democrat representing Calvert, Charles and Prince George’s counties, told Schrader, “When we vote, I’ll vote for you,” but added that for the governor to suggest there would be “serious consequences” was nonsense. 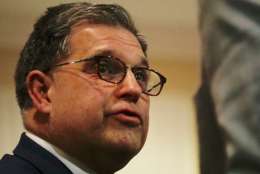 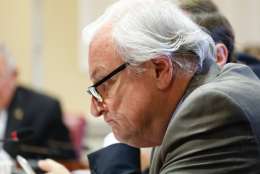 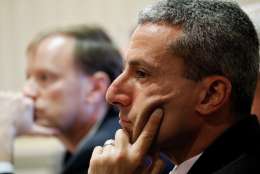 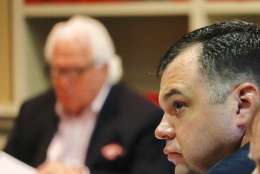 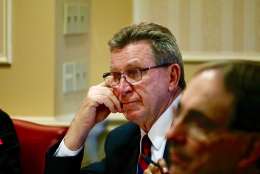 Asked about Miller’s statement, Amelia Chasse, deputy communications director for Hogan’s office, sent an email saying, “The serious consequences the governor was referring to was that delaying our health secretary’s confirmation could have serious consequences for an agency on the front lines of the fight against heroin and opioid abuse, and efforts to ensure Marylanders are protected in the federal health care reform process.”

The often-rocky relationship Hogan has with lawmakers was a subtext of Monday night’s hearing. Sen. James Mathias, a Democrat representing Somerset, Wicomico and Worcester counties, voiced concerns as to whether Schrader could work closely with lawmakers on health care — something Mathias said was critical given the current climate of uncertainty.

Mathias prefaced his question with a statement to Schrader, saying, “Too many times, respectfully — I don’t say this critically — but honestly, the administration’s been MIA.”

Elaborating on the notion that Hogan officials were missing in action at briefings and meetings with lawmakers, Mathias added: “Many times, people look at each other at the table and they want to know where the administration is, to give us clarity.”

Schrader responded, choosing his words carefully, “Uh, I just don’t think it’s our place to take a position for or against many of these things.”

But Schrader added, “We do write a lot of letters of information to provide detailed analysis of what we see in various bills.”

Monday night’s hearing concluded without a vote on Schrader’s nomination, though a number of senators went on the record saying they would vote for him — when the time came.

A vote could come before the end of the week. 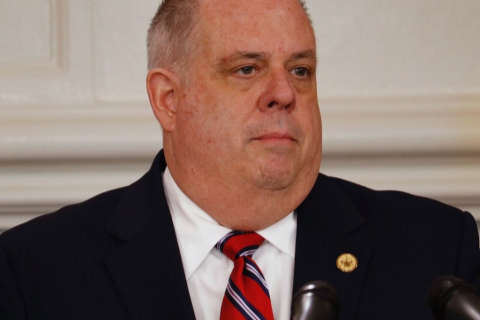