In a news conference Wednesday where Hogan gave a progress report of his legislative agenda, the governor complained that his nominee for the Department of Planning had been mistreated by the Senate’s executive nominations committee.

Hogan called the hearing process for Wendi Peters “disgraceful” and said she was questioned in a “demeaning, sexist way.”

Peters’ nomination was rejected by the committee, whose members found her unqualified for the job.

Another appointee, Day Gardner, faced tough questioning by the committee on her nomination to serve as a consumer representative on the state Board of Physicians.

Gardner’s background as the founder of a group called the National Black Pro-Life Union raised questions among members of the Senate committee.

“Just because the woman happened to be pro-life instead of pro-choice wasn’t enough reason to attack her,” Hogan said. He said she requested her nomination be withdrawn.

But Hogan’s greatest frustration was reserved for the holdup of a hearing for Dennis Schrader, his pick to serve as Secretary of the Department of Health and Mental Hygiene.

Noting that Schrader, who is serving as acting secretary, has yet to get a hearing, Hogan put the blame squarely on Democratic Senate President Mike Miller.

Hogan said the holdup comes amid what he says is a health crisis: from the opioid epidemic to the possible elimination of federal programs and funding that benefit Marylanders.

Hogan said Schrader has been working to protect the state’s Medicare waiver, which the governor says is worth $2 billion dollars to the state, and that Schrader’s working to blunt any negative effects to the Affordable Care Act.

“Hundreds of thousands of people’s lives are at stake,” Hogan said. The governor concluded his Wednesday news conference by saying “And I’m going to personally blame Mike Miller if anything happens because of his games-playing.”

Miller’s office had no response to the governor’s comments. 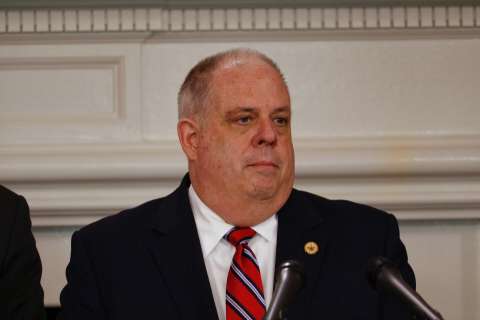 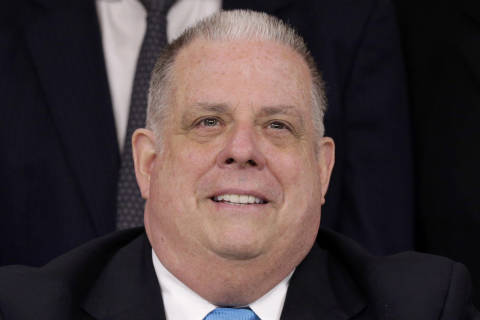