Early voting runs through next Thursday. There is at least one early voting center in every county, and 12 counties have more than one center.
Listen now to WTOP News WTOP.com | Alexa | Google Home | WTOP App | 103.5 FM
(1/5) 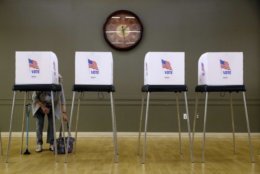 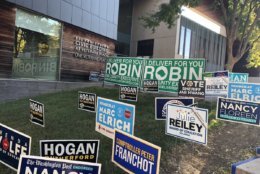 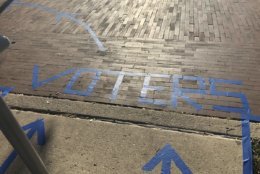 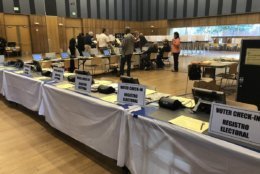 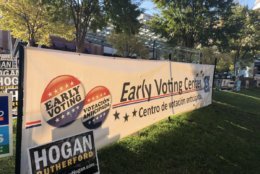 The state has 79 early voting centers, and they open at 10 a.m. on Thursday. They will be open until 8 p.m.

Early voting runs through next Thursday. There is at least one early voting center in every county, and 12 counties have more than one center.

Montgomery County Board of Elections President Jim Shalleck extolled the virtues of early voting on Thursday, saying it’s a convenient and reliable way to cast your vote.

“Early voting is approaching almost 30 percent of the total votes cast and it’s very popular. Each year, more and more people are voting early,” he said.

During early voting, eligible Maryland residents can register to vote and registered voters can make address changes. If all of the requirements are met, the voter can complete or update the registration and vote at the center.

“Early voting is secure and safe,” said Shalleck. “Once you vote it’s in the bank, you’re good to go. And then we open the early voting count on Election Day and they’re the first votes that we report to the public when the polls close.

Same-day voter registration is only available during early voting. It will not be available on Election Day.

WTOP’s Nick Ianelli and Rob Woodfork contributed to this report.