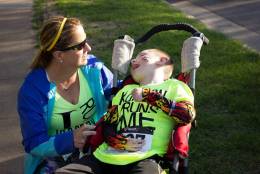 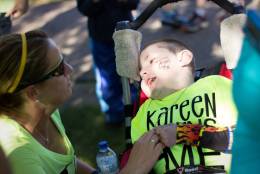 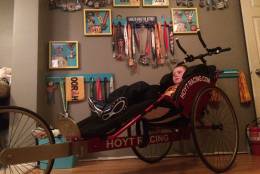 download audio
January 27, 2023 | Kareen Lawson: 'I have the honor of being his legs.' (WTOP's Jamie Forzato reports)

WASHINGTON — When Kareen Lawson’s feet hit the pavement at this year’s Marine Corps Marathon, she won’t just be powering herself through the 26.2 mile race. She will also be pushing her favorite 10-year-old buddy in his running chair.

Kareen, 48, started running 15 years ago to lose some weight, but became more serious about racing when she became an empty-nester about three years ago. She joined the Potomac River Running group in Burke, Virginia, where she lives, and eventually became a coach. Since then, she has completed about 90 races, including four marathons, three of which were Marine Corps Marathons.

A couple of years ago, she reached out to the group I Run 4, which matches special needs children with athletes, to motivate herself and to connect with the families.

“I was matched up with Jeffrey randomly. It has been a match made in heaven. He’s become like a member of my family,” she said.

When Jeffrey Bergeman was almost 2 years old, he went into cardiac arrest; his brain was deprived of oxygen for a period of time. Today, he is wheelchair-bound and has difficulty communicating.

“He obviously cannot run for himself, so I have the honor of being his legs,” she said. “He is a very, very smart young man. Even though he cannot communicate, he has a lot to say and he is very bright.”

Their first race together was a 5K for autism in Wisconsin, where Jeffrey lives.

“The entire time, he was looking up at me and just smiling and cheering and laughing. He was having so much fun. Every single time I looked down at him, he was looking right in my eyes. It was an amazing experience,” she said. “I cannot wait to do this again.”

Last year, Kareen and the Bergeman family teamed up with Ainsley’s Angels of America and raised enough money to get Jeffrey a new running chair.

“It’s called a Blade II. It’s an awesome running chair and it can hook to a bike so he could participate in a triathlon now if he wanted to,” Kareen said.

On Sunday, Kareen and Jeffrey’s mother will take turns pushing him in his new chair for the entire marathon. 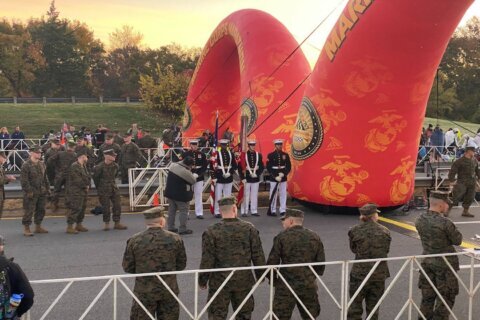 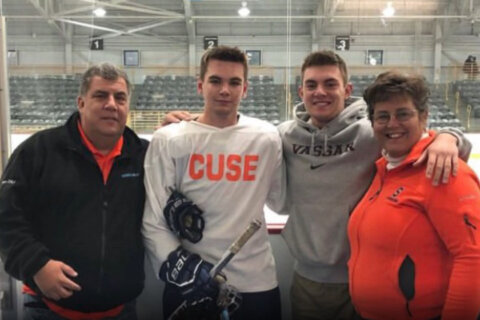