Loudoun County School Board puts off vote on transgender measure

The Loudoun County School Board in Virginia has put off until Wednesday night a vote on a measure that would expand transgender students' rights.
Listen now to WTOP News WTOP.com | Alexa | Google Home | WTOP App | 103.5 FM
(1/6) 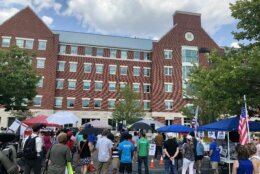 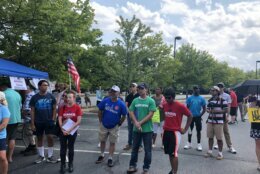 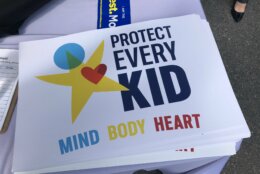 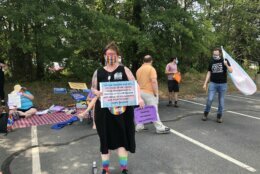 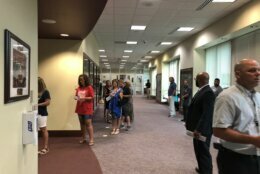 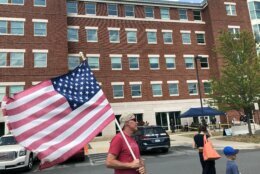 The Loudoun County School Board in Virginia has put off until Wednesday night a vote on a measure that would expand transgender students’ rights.

The board heard nearly four-and-a-half hours of public comment on the proposed policy before recessing until 5:30 p.m. Wednesday.

Some speakers appeared online for the board’s Tuesday meeting, while others spoke from the rostrum inside school board headquarters.

Public commenters were limited to 2 minutes, and 150 had signed up to speak. However, not all showed up.

Members of the public who entered the chamber to speak were carefully screened and security was tight at the school board building.

The public comment period produced scathing criticism of the board for advancing both the transgender student rights measure and critical race theory instructions in schools.

Scores of residents, including families, rallied outside school board headquarters, listening to speakers who condemned gender identity based on anything other than biology.

One opponent said there used to be just men and women, and now he said there are more variations, which he described as “bizarre.”

One mother said that Loudoun County Public Schools was no longer a safe place for her children and is “mired in radical-political ideology.”

Members of the LGBTQ community also turned out for the school board session, and supporters of the measure who addressed the school board praised its members for moving forward with the transgender rights policy, which they said was critical to the well-being of all students.

One supporter said the board is on the right side if it votes this policy in, saying it will help a lot of students, not just transgender students. While another supporter said that it’s important to make sure all students are protected and have privacy.

Last June, the board had to halt its public comment period during one of its meetings, when a crowd commenting on the proposed policy became unruly. And, a Leesburg Elementary School teacher filed a lawsuit against school system after he was placed on paid administrative leave for refusing to address transgender students by their preferred pronouns.