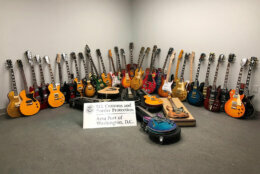 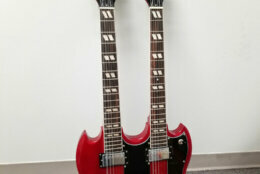 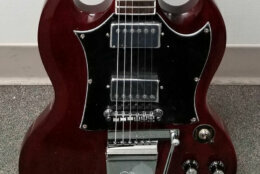 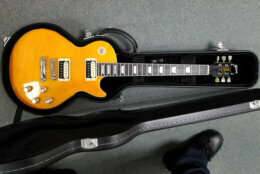 With some songs, you just need to hear one or two notes to recognize who’s playing — and sometimes you can tell just by the sound of the guitar.

More than three dozen high-end guitars — including a double neck Gibson SG, like the one used by Jimmy Page in Led Zeppelin’s “Stairway to Heaven,” as well as an autographed Les Paul from Guns and Roses guitarist Slash — were confiscated at Dulles International Airport, when U.S. Customs and Border Protection officers identified them as counterfeit.

The agency said 36 guitars arrived in separate shipments from China on the same day — Dec. 15. Officers suspected they were phony, and conducted an investigation.

Many of the guitars were of the Les Paul line of custom guitars, including the one supposedly autographed by Slash.

The most expensive was a Gibson Ace Frehley guitar — the guitar named for KISS’ lead guitarist had a suggested retail price of $9,000.

If the guitars were real, their manufacturer’s suggested retail price would add up to $158,692.

According to CBP, the guitars were addressed to 21 different U.S. states, and one was destined for Australia.

Investigators worked with the trademark holders to confirm the guitars were counterfeits. No additional counterfeit guitars arrived after the mid-December influx.