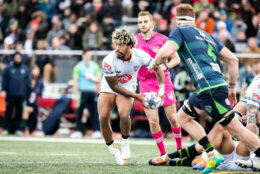 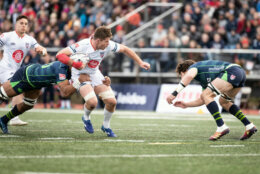 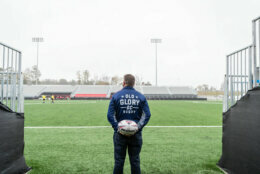 With terms like “maul,” “counter rucking,” and “blood bin,” the owner of Old Glory DC — the D.C. region’s professional rugby team that just announced its move to Loudoun County, Virginia — said he is not overly concerned that many people know little, if anything, about rugby.

As WTOP first reported, the team is moving to Segra Field, in Leesburg — the 5,000-seat venue that was completed in 2019 as part of partnership between Loudoun County and D.C. United, which owns the Loudoun minor league soccer team.

While rugby is internationally popular — the Rugby World Cup is the third largest sports event in the world, behind the Olympics and Soccer World Cup — Dunlavey said he hopes the team will help raise awareness of the game, locally.

“Americans will appreciate the fact that it’s got all the speed, contact, skill and strategy of American football; but with no pads, no helmets, and a clock that runs continually for 80 minutes, with only a halftime break,” said Dunlavey.

In a nutshell, the object of rugby is to score more points than the opposing team. The oval larger-and-rounder-than-a-football can never be passed forward, but players run forward with it or kick it forward and chase it down.

Players wear uniform numbers that correspond with their positions, on the 15-member team. Position names include hooker, prop, flanker and locks.

Add tackling, and scrums — where 16 players bind and push against each other, trying to gain control of the ball — and rugby’s reputation as an action-packed sport seems well-deserved.

“There’s a real ethos of gentlemanliness around the game that pervades everything that happens on the field — from the way all the players only refer to the referee as ‘Sir,’ and the way the crowd falls silent to respect a kicker, when he lines up for a kick to the posts.”

On the business side, Dunlavey is betting fans of Old Glory DC, which played its first season of Major League Rugby at Catholic University’s Cardinal Stadium in Northeast D.C., will be willing to follow the team to Loudoun County.

“The good news is that the people who have found us so far are sort of the hard-core rugby fans — people that know the sport, probably played the sport and love the sport. What’s good about rugby fans is that they’re happy to travel,” Dunlavey said.

He said many of the team’s current fans live in Northern Virginia, which would make for an easier ride to a match, than traveling into the District.

Old Glory DC, which is coached by Andrew Douglas, has had the chance to hold socially-distanced practices on the turf pitch at Segra Field.

“The field itself is pristine, beautiful turf, with the wide dimensions that we need to put in a full rugby field,” Dunlavey said. “Rugby is actually a larger field than soccer, which in turn, is bigger than [American] football.”

A major reason for the league’s formation is to introduce younger athletes in America to the game: “In other countries, kids start playing the game when they’re six years old, just like our kids play Little League Baseball, here.”

As the young international athletes grow up, “they become masters of every nuance of the sport,” Dunlavey said.

“As it stands right now, we need to play a mix of American-born players and international players to have a truly professional quality of the game.”

The team has launched the Old Glory Academy, to identify and develop talented high school players — boys and girls — through sessions with team coaches and staff.

“Our vision, in partnership with the economic development team of Loudoun County, for Segra Field is to create a community hub, a place for families and friends to gather and create lifelong memories together, while enjoying a diverse set of sporting and entertainment events,” said Jason Levien, co-chairman and CEO of DC United. 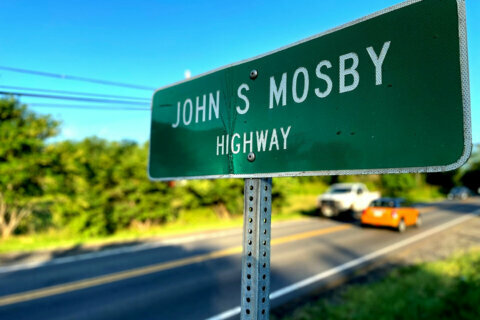