The Town of Leesburg, Virginia, has transplanted 29 adult trees that were destined for the wood chipper as part of the Route 7 and Battlefield Parkway interchange project.

“To see them cut down, chipped and hauled away just didn’t make any sense,” said the town’s urban forester Tyler Wright.

With the help of Tree Movers LLC, the trees were relocated to replace trees destroyed by the EF-0 tornado in February. Wright said Leesburg lost 81 trees on public property during the tornado.

Most of the trees that were saved have trunks over 8 inches in diameter and are between 30 and 45 feet tall. In recent weeks, they were safely uprooted with heavy machinery and transported to four locations.

“The majority of the trees went either to Robinson Park or the Route 15 Bypass/Battlefield Parkway interchange project,” Wright said. “Those were the two hardest-hit areas for the town, as far as losing trees.”

“It’s nice. It’a gateway into an HOA and a neighborhood, and we wanted to get it looking nice again,” Wright said. “We were able to move some of the large trees — a couple crape myrtles and a couple maples — over in that area to provide some color, to provide an entrance, as well as provide screening for the bypass.”

Robinson Park lost a lot of trees during the tornado, Wright said.

“So, we mainly put really large trees back there — white oaks, red oaks, as well as a Chinese elm,” he said. “If you look at it now, it looks like those trees have been there forever.”

Trees were also relocated to Raflo and Ida Lee parks.

Wright said the “condemned trees” are thriving in their new locations.

Virginia Department of Transportation spokesman Mike Murphy said later this summer, Battlefield Parkway will close at Route 7 for approximately 10 months to construct a new overpass in the interchange project, which replaces one of the few remaining traffic lights on Route 7 between Sterling and Leesburg.

VDOT will provide details regarding detours in coming weeks.

The whole project is scheduled to be finished in fall 2021. 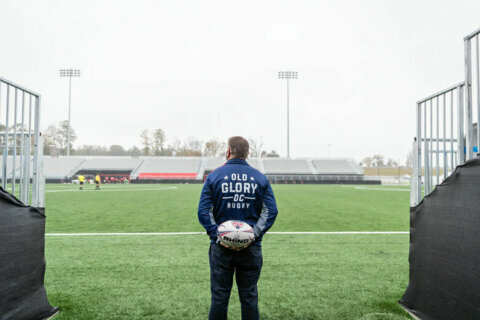