Work begins Tuesday on an interchange that will eventually replace a stoplight at Route 7 and Battlefield Parkway in Leesburg, as well as a nearby light at Cardinal Park Drive.
Listen now to WTOP News WTOP.com | Alexa | Google Home | WTOP App | 103.5 FM

Drivers on one of Northern Virginia’s busiest commuter routes are only too familiar with an unintended stop along Route 7 in Leesburg, at Battlefield Parkway.

“There are close to 100,000 vehicles a day traveling through this intersection,” said Jennifer McCord, spokeswoman with Virginia Department of Transportation.

Tuesday’s groundbreaking will be the first step in a $77.3 million project to build an interchange that will eliminate traffic lights at Battlefield Parkway and nearby Cardinal Park Drive. In addition to improving commutes for drivers, the project will provide options for bicyclists and pedestrians.

“Once this project is finished, there will essentially be no signals all the way to Sterling, [at City Center Boulevard] to help continue to improve the commute on Route 7,” McCord said. On Oct. 7, a light at Lexington Drive in Ashburn was removed.

While the state’s transportation agency will administer the construction, the project is being funded by local entities: Northern Virginia Transportation Authority, Loudoun County, and the town of Leesburg.

“On Route 7, drivers can expect lane closures during off-peak hours for crews to build the new interchange,” said McCord. “Then, next fall, a year from now, the segment of Battlefield Parkway right at the intersection will be closed to traffic for about 10 months,” although Route 7 will remain open continuously.

In addition, auxiliary lanes will be built on eastbound Route 7 between Leesburg Bypass and River Creek Parkway, as will a shared-use path and sidewalk along Battlefield Parkway.

“The entire project is expected to be complete in fall 2021, so about two years,” said McCord.

A “Pardon Our Dust” meeting will be held Thursday evening, to discuss the project, construction schedule, and traffic impacts, at John W. Tolbert Jr. Elementary School, between 7 p.m. and 8:30 p.m. 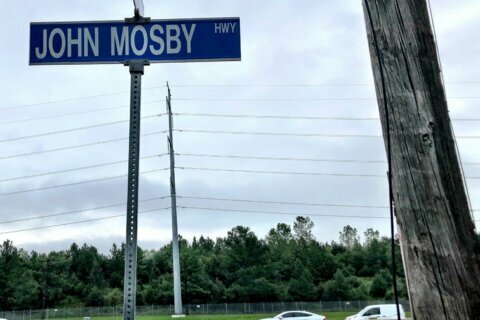 No attempted abduction of teenage girl in Round Hill, Loudoun Co. authorities say